A young, hot country singer is coming your way and he's “All Yours, All Night”! Fans are going wild as Russel Dickerson announced his 2022 headlining tour. American country pop singer-songwriter Russell Dickerson, who spawned the smash singles "Yours", "Blue Tacoma", "Every Little Thing", is heading out for a one-night-only gig at the Stage AE on Friday 25th February 2022 (Rescheduled from Saturday 29th January 2022). “It’s time!” Russell shares. “This headlining tour has been a huge dream for so long and now it’s time! The All Yours, All Night Tour is here and we’re bringing Breland with us to take this thing to a whole new level!” Excitement levels are now at fever pitch. No time to waste, book your tickets now! 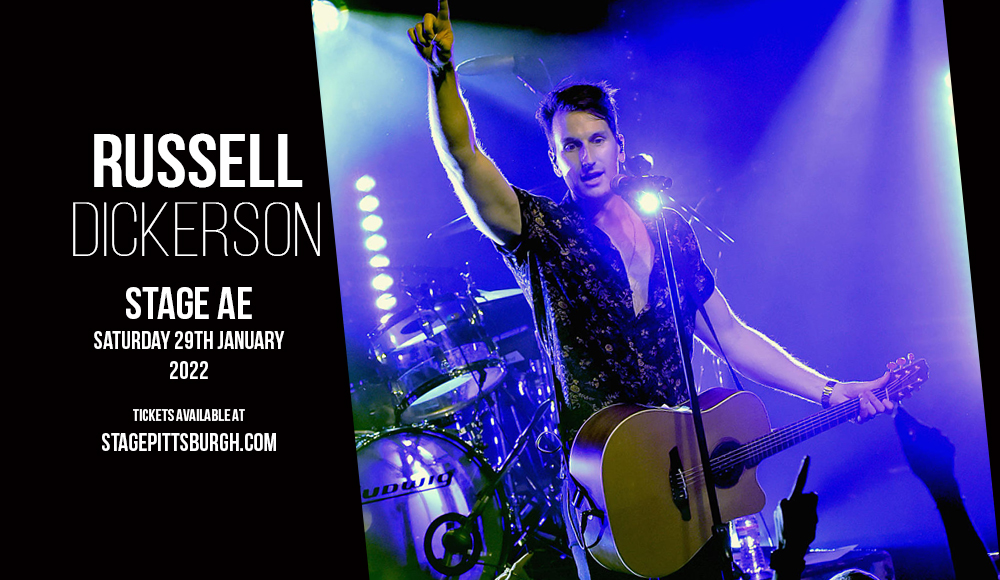 “I’m just naturally that kind of dude: a big, loud, and over-the-top guy,” says Russel Dickerson with a laugh. His exuberant energy is just so contagious that crowds were screaming and singing along at the top of their lungs as Dickerson whipped up his massive "Yours", "Blue Tacoma", "Every Little Thing", and “Love You Like I Used To”, in a recently capped arena tour with fellow country stars Thomas Rhett and Kelsea Ballerini. Now Russel Dickerson is ready and raring to be on his own series of headliner tours dubbed as “All Yours, All Night”.

On October 13, 2017, Dickerson released his title-track debut album "Yours" which premiered at No. 1 on Billboard's Heat Seeker chart. It also peaked at #5 on the Billboard Top Country Albums Chart and #1 on the Emerging Artists Chart. It has racked up over 33 million streams on Spotify to date. Moreover, the acoustic version of "Yours" is also certified as “one of the hottest wedding songs of the year” by The Knot. The said single is a triple-platinum seller, while the album yielded succeeding platinum-certified follow-up singles “Blue Tacoma,” and “Every Little Thing.”

Russel Dickerson has a fervent social media presence and acknowledges the glowing and growing support of his fans whom he collectively calls “RD Fam”. His second full-length album, "Southern Symphony" was hotly received as well, churning out a platinum-certified #1 single “Love You Like I Used To,” which spent a record-breaking 21 weeks on Billboard Country Airplay’s Top 10.

The RD Fam and its extended family are now scoring tickets. Be part of this growing tribe and have a grand time with this rad country music superstar. Get your tickets now!