This 2023, the multi-genre indie outfit Lake Street Dive is embarking on a much-anticipated tour across North America! The outing, titled Gather Round Sounds Tour, will send the quintet across major cities, including a stop at Pittsburgh, Pennsylvania! On Wednesday, 1st February 2023, Lake Street Dive is set to light up Stage AE! Fans can expect a high-energy set packed with their biggest hits and fan favorites! Lake Street Dive also brings along guest performer Monica Martin to hype up the crowd! If you have eclectic taste in music, you should grab your tickets now and check out Lake Street Dive at Stage AE! 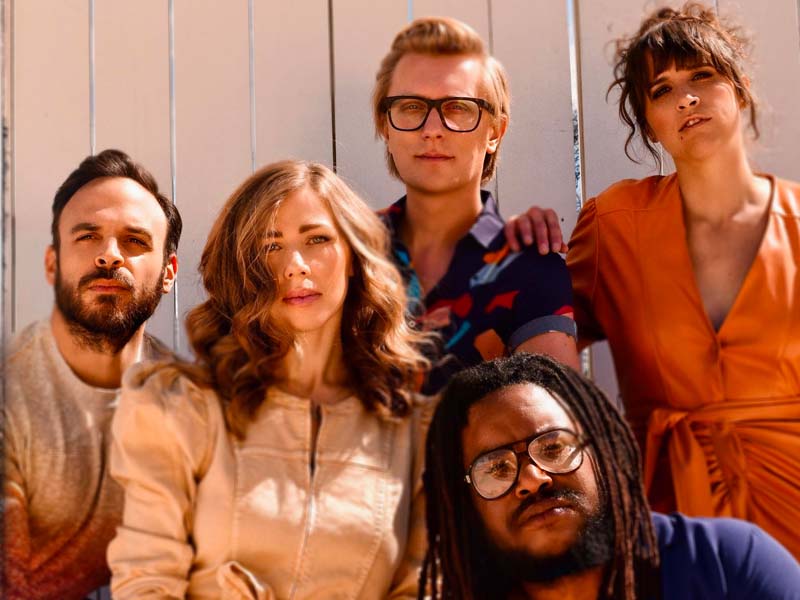 In 2022, Lake Street Dive had a phenomenal year. They headlined the highly-anticipated Seriesfest in spring and had a two-night run at the Radio City Hall in New York City in September. The band, which emerged in 2006, has consistently toured and performed in major venues across the U.S. Regarded as one of the fast-rising indie bands to watch in 2023, Lake Street Dive sets out on tour to support their recently released EP, Fun Machine, The Sequel. The record came after the release of their latest studio album, Obviously. The seventh studio effort entered seven charts in the U.S., including the Billboard 200, Top Alternative Albums, Top Tastemaker Albums, and Top Rock Albums charts. The album also spawned the hit single “Hypotheticals,” which peaked at number 2 on the Adult Alternative Airplay chart. Apart from recent hits, Lake Street Dive made waves with their singles “I Don’t Care About You,” “Good Kisser,” “and “Shame Shame Shame.” The band also recorded several fan favorites, such as “Better Than” and “Rich Girls.”

In 2014, Lake Street Dive released its first breakthrough album, Bad Self Portraits. The fourth studio effort peaked at number 5 on Billboard’s Top Rock Albums and number 18 on the Billboard 200. Two years later, the Boston-based quintet followed their breakthrough with their first album to reach number 1, Side Pony. The album notably topped three Billboard charts: Top Alternative, Top Rock, and Top Folk Album charts. In 2018, the band dropped their highest mainstream charting album, Free Yourself Up. The record peaked at number 8 on the Billboard 200 and number 2 on the Top Alternative and Top Rock Albums charts.

If you love indie music with a twist, you better drive to Stage AE on Wednesday, 1st February 2023, to check out Lake Street Dive! Tickets are now available!