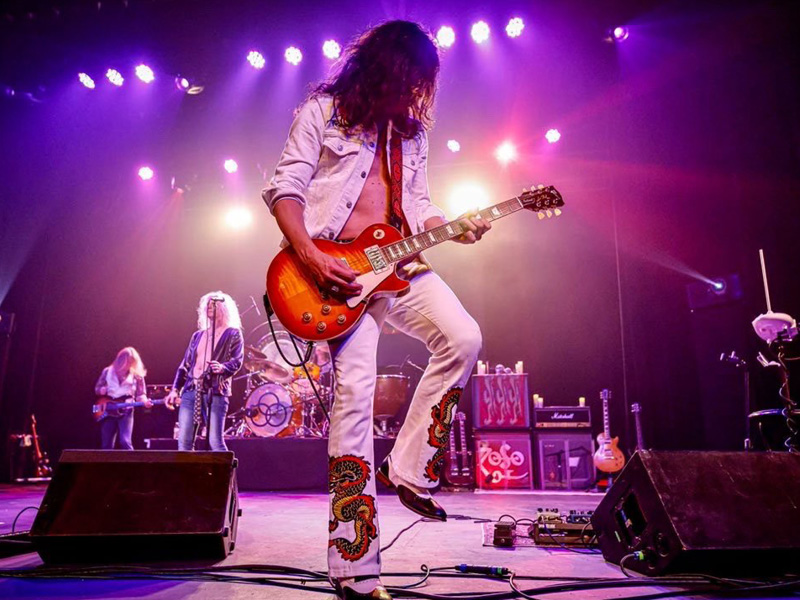 While the players' pedigree and the band's extensive history speak for themselves, it's ZOSO's high-wire playing and spot-on replication of Led Zeppelin's mythological presence onstage that keeps loyal fans coming back year after year. New generations of ZOSO fans in their teens and twenties are also lined up to experience the force and majesty—and yes, the appealing combination of risk, spontaneity, talent, and sexuality—of a world-class Led Zeppelin concert. ZOSO instead pulls widely and methodically from Led Zeppelin's recorded live output to recreate the 1970-1977 live Zeppelin experience.