If you missed out on the glory days of Led Zeppelin in the 70s, this is one act that would take you on a stairway to heaven and take you to the place where you can experience the pulse-pounding hammer of the gods. Zoso – The Ultimate Led Zeppelin Tribute is truly heaven-sent. This musical odyssey recreates the music, magic, and mystery of a Zeppelin concert. Critical acclaim, the raving press, and the thumbs-up approval of Zeppelin fans themselves make this the most accurate and captivating Led Zeppelin live show since the real thing. Zoso – Led Zeppelin Tribute Band is slated to hit the Stage AE on Friday 14th February 2020. Book your tickets now! 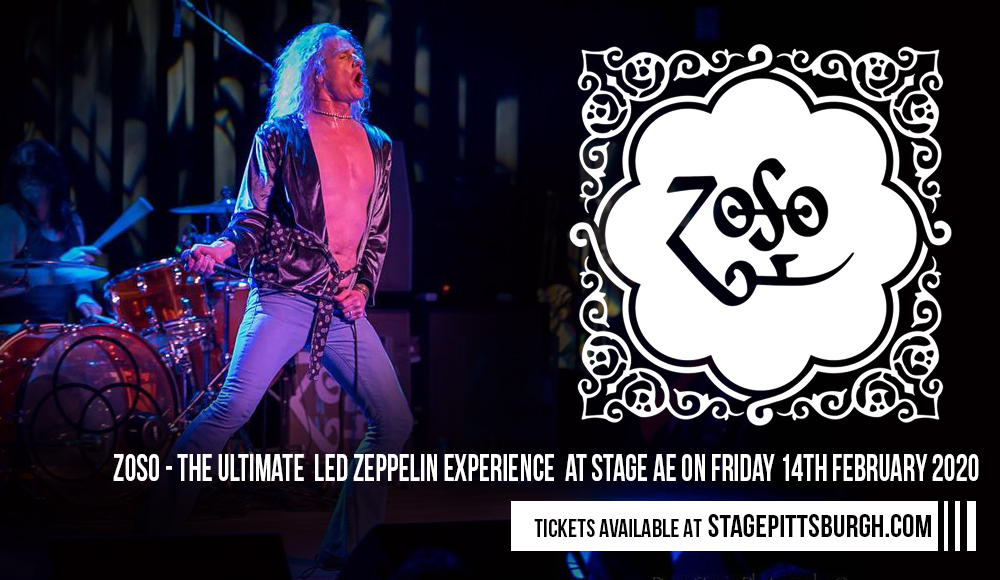 Formed in 1995, Zoso –The Ultimate Led Zeppelin Experience musicians were carefully selected to portray both the appearance and playing styles of Page, Plant, Bonham, and Jones– their Led Zeppelin counterparts. Each one was screened not only for their note-for-note playing skills, but also for their impassioned spirit to capture the aura of the times and their compelling stage persona.

Zozo's musical ability, showmanship and precise attention to detail set-off a cult following which grew into a national fandom. With this, they were raved about by media and the press.

The Los Angeles Times hailed the group as being "head and shoulders above all other Zeppelin tributes".

The Chicago Sun-Times declared Zoso as "the closest to the original of any tribute."

St. Petersburg Times calls them "the most exacting of the Zeppelin tribute bands in existence."

Don't make the mistake of missing out again. Get your tickets right here, right now!