The pink carpet rolls out on Thursday 30th May 2019 at the Stage AE for an unforgettable night! Such a momentous occasion marks the third annual Women Who Rock Benefit Concert; and for this year, Women Who Rock presents the fantabulous Sheila E ! This iconic and ultra-talented singer-songwriter, drummer and percussionist will head a star-studded pack of music performers featuring all female-fronted music acts, plus the powerful Women who Rock award which will be presented to Sharon L. Hillier, Ph.D. A night of music, empowerment, and a celebration of how women shaped the course of history and create a bright future for the next generation. In this show, you will not only be entertained by stunning performers but will be inspired and motivated to rock on! Tickets are on sale. Time to book your tickets now! 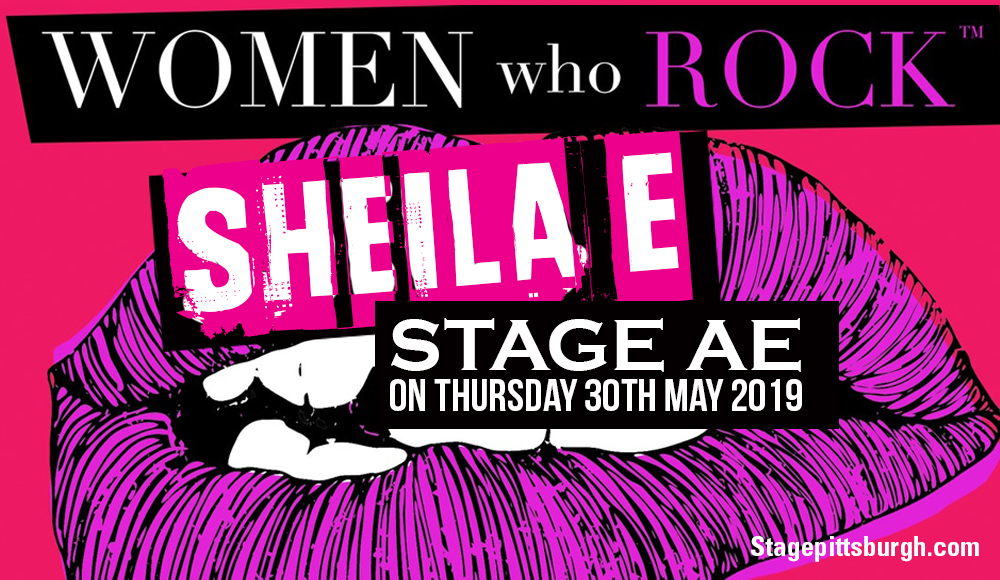 Some still believe that rock n' roll is a man's world. Sheila Escovedo, or well-known in the music scene as Sheila E., broke those male-dominated boundaries and slew 'em all with her superior and not to mention, sexy drumming skills. Then she went in further for the kill as she unleashed her songwriting skills, recorded, and released phenomenal singles and albums. The late superstar Prince, spotted her while performing onstage and took her under his wing as a mentee. As Prince was working on Purple Rain, Sheila E contributed "Erotic City" and "Let's Go Crazy", and became the drummer for his band The New Power Generation. In no time, Sheila E pursued a solo career, which exploded and reached stratospheric heights with the release of her smash hit "The Glamorous Life".

She has performed alongside the world's most estemeed music luminaries which include George Duke, Herbie Hancock, Billy Cobham, Con Funk Shun, Marvin Gaye, Diana Ross, Lionel Richie, Gloria Estefan, Patti LaBelle, and Stevie Nicks among others. In recent years, Sheila E. has served as
drummer of Ringo Starr's All Star Band and musical director for the likes of Jennifer Lopez, Beyonce' Knowles, and Prince.

As the banner artist for this year's benefit concert that aims to rock the future of women's health and empowerment, Sheila E is truly relevant icon to represent this great cause.

"I am so excited to headline this amazing and important benefit concert that supports women's heath and women's empowerment. Now is the time to stand up for all women." – Sheila E.

This is what glam and rock truly stands for. Be part of it! Support by getting your tickets now!