British new and upcoming indie rockers, Wolf Alice are coming to Stage AE on Thursday 7th April 2016! Wolf Alice are making an incredible name for themself! Since the release of their debut album, "My Love Is Cool", back in June on Dirty Hit/RCA, the band are spreading their wings and have announced a spring 2016 U.S. tour! To excite fans and get them ready for their US dates, the band have released their hit single "Fluffy" which you can watch below.
Come show your support, rock out and have fun – tickets are on sale now! 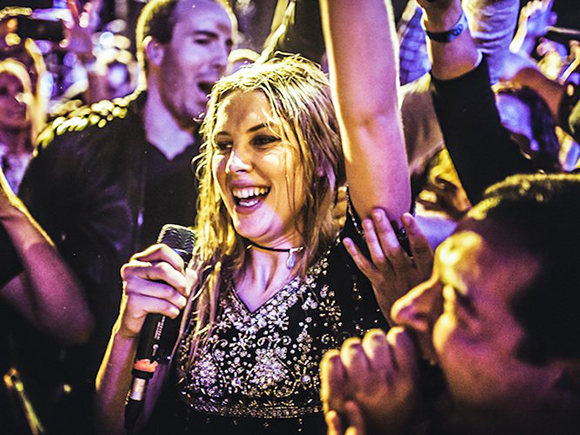 Wolf Alice formed back in 2011 in North London, England. They began as an acoustic act between front vocalist Ellie Rowsell and Joff Oddie and since have transformed into one of the most exciting four-piece alternative rock bands on the current music scene! "They attempt to create music to look out the window to, to bop down the street to."
Their unique sound blends elements of Grunge, bringing to mind the likes of Smashing Pumpkins and the heavy edge of Nirvana, mixed with playful Blondie inspired vocals and adolescent indie pop that in moments sound like Lana Del Rey and The XX.

So if you love any of those incredible acts then don't miss your chance to catch Wolf Alice live in concert as they come to the U.S. next spring!