The Indie-Alt Blues Rockers, Welshly Arms comes to Stage AE on Monday, October 24th 2022. Grab some tickets and come on down for a super different take on Rocktober, heavily influenced by the classic Cleveland sound, the eclectic Welshly Arms diversify their musical roots with a jam band style live show mixing everything from jazz to soul, gospel to blues, rock to alternative, and everything in between. Plus, with a brand-new album out, there has never been a better time to come see them live! 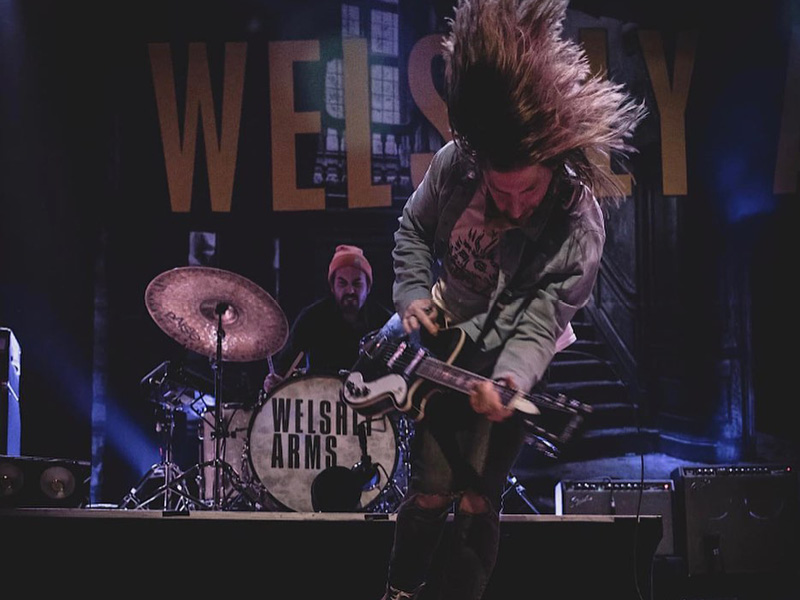 From Cleveland, Ohio, the blues rock band, Welshly Arms, first released their debut EP, Welcome, in 2013 and followed it with a self-titled covers EP in 2015. But, it was their now legendary single, “Legendary” in 2017 that really brought them mainstream success, the anthemic Indie-rock track off of their 2018 album, No Place is Home, has garnered over 350M total streams.

The group’s latest album, Wasted Words & Bad Decisions, was recorded in the midst of lockdown, and provided the band with the time away from relentless touring. “With a long pause in touring and live performances due to the pandemic, we took time to reflect and refocus on our music,” says lead singer Sam Getz. “These songs speak to who we all are in this exact moment of our lives. Musically, we wanted this record to bring us back to the raw rock-n-roll that we had built the band on when we were jamming in the basement together. But, of course, we’ve also matured and gelled as musicians after touring the world together, and I think that intersection is what made Wasted Words & Bad Decisions so fun and rewarding to create.”