If you live to dance, then the music of Walk The Moon should be your oxygen. This band from Cincinnati, Ohio has been making waves all around the globe with their high-energy, pulsating, swirly pop beats, infectious riffs, sing and dance-along, electro-indie rock vibe. Their lead single alone ‘Shut Up and Dance’ is enough to drive audience in a crazy, wild, hypnotic state of frenzy. As they trek several cities and states with fellow- indie-rock band MisterWives, their solid fans are palpitating to go tripping the light fantastic, and won’t stop at nothing until they get their hands on tickets to the show. So as the old nursery rhyme goes: ’Jack be nimble, Jack be quick!’ Go over, under, and wherever you can find those in-demand tickets to the show. Grab those tickets now! 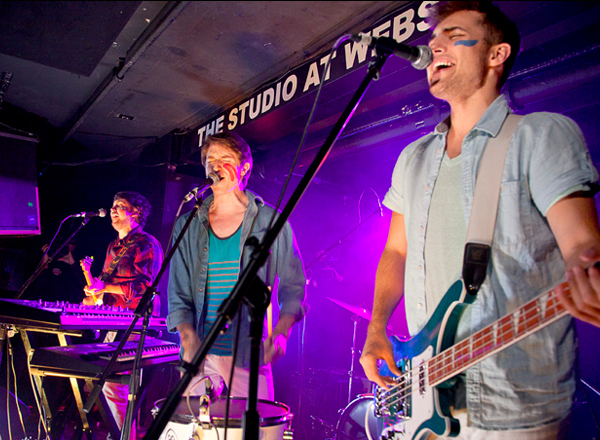 Walk The Moon’s biggest hits include Tightrope", "Anna Sun", "Shut Up and Dance", "Different Colors", and "Work this Body". All these songs paved the way to the global fame that the band is basking in and enjoying today. Flashback to 2006… Lead singer Nicholas Patricia from Cincinnati, Ohio was on the search for bandmates. and had several changes of band members until he settled-in with current members Kevin Ray, Sean Waugaman, and Eli Maiman in 2010. On that same year, their independently released debut studio album I Want! I Want!, spawned the lead single "Anna Sun”, which garnered multiple plays on Alternative radio stations. In June 2012, their first major label studio album was released under RCA Records. But it was in December 2014 when the band had a taste of international fame through the track "Shut Up and Dance," from their second major label studio album ‘Talking Is Hard’. The song reached number on the Billboard Hot 100 and skyrocketed to number one on the Billboard Rock songs and Alternative songs charts.