Under The Sun is back once again for 2015, so get ready to while away the hours surrounded by good time summer vibes and the nostalgic sounds of some of the biggest alternative artists of the 90s! This year looks to be better than ever with Sugar Ray, Better Than Ezra & Uncle Kracker coming to Stage AE on Sunday 9th August! 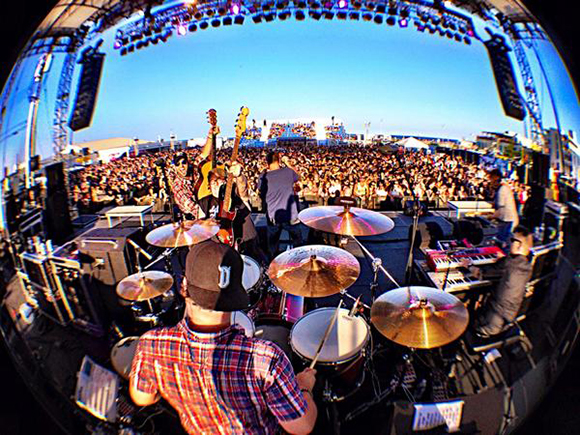 Sugar Ray's front man and TV personality Mark McGrath co-founded the Under The Sun Tour in 2013, having previously co-founded and with Sugar Ray, co-headlined 2012's highly successful Summerland Tour, named by Rolling Stone as one of that year's "Ten Hottest Summer Package Tours."

"It's that time of year, my friends," says McGrath. "The time when the Under The Sun 2015 Tour comes into your town to bring you some of the biggest bands and biggest hits of a decade we all know and love: The 90's! So grab a cold one, call some friends or come make some new ones! and enjoy some of the music that's become the soundtrack of our lives. It's gonna be a rad summer!"

Let's take a look at this year's killer lineup: