Umphrey's McGee comes to Stage AE on Friday 9th September 2016 for an immersive night of improvisational genius, as they weave together rhythms and melodies, and take you to special places with their psychedelia-infused experimental rock! Each show a truly unique experience, Umphrey's McGee are musical craftsmen who take their audience on an exceptional journey… Come along for the ride! 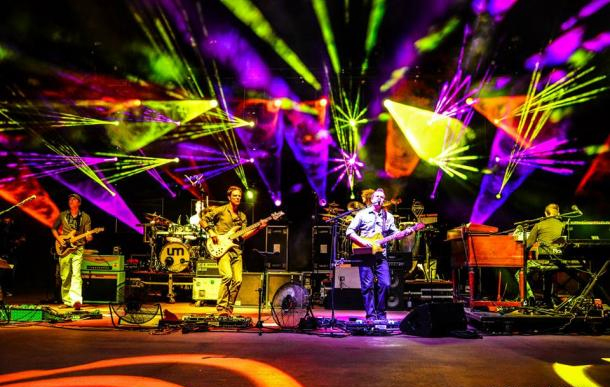 Umphrey's McGee's musical path began in 1988 when they released their ironically titled debut album Greatest Hits Vol. III in 1998. Gaining comparisons to the Grateful Dead and Phish, due to their spontaneous, ad-lib feel, but musically akin to the prog rock greats like King Crimson, Umphrey's McGee are unique, experimental and impossible to pigeon-hole. By the tail end of their first year as a band, they had released their first live album, Songs for Older Women, and had adopted a large following in their local area, playing at house parties and colleges. Over the years they honed their improvisational skills and started playing further afield, making a name for themselves as a dynamic, prolific band with a dedicated following.