Celebrating 20 years of epic, genre-bending music, Umphrey's McGee comes to Stage AE on Thursday 11th January 2018 as part of their It's Not Us Tour! The tour is in support of the band's brand new album of the same name – the eleventh studio album from these jam-circuit kings! Known for their face-melting sounds and unbelievable light shows, Umphrey's McGee are a must-see! 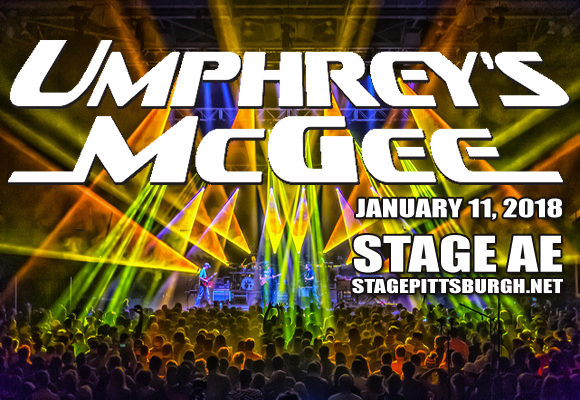 Releasing their debut album in 1998 (the ironically titled Greatest Hits Vol. III) after only eight months together, Umphrey's McGee are a progressive jam band tour-de-force! Throughout the years the band has built on their popularity, amassing a large and loyal following from their extensive and relentless touring schedule (which often sees the band performing over 100 shows a year) and their incredible improvisational live performances and light shows. The band have a diverse range of influences, drawing from artists as varied as Phish, Genesis, Iron Maiden and The Police when shaping their sound over the years.