Californian rapper – Tyler The Creator is bringing his hits to Stage AE on Sunday 28th August 2016! Tyler is known for his many talents in the industry including work as a songwriter, record producer, musician, graphic designer, music video director, and actor. Beginning his music career with his prominence as the leader and co-founder of the alternative hip hop collective Odd Future – Tyler The Creator has been since been able to release on his own terms, huge tracks such as "Yonkers" "She" "Rusty" "Perfect" plus many more – catch all of this in his hot performance this Summer! 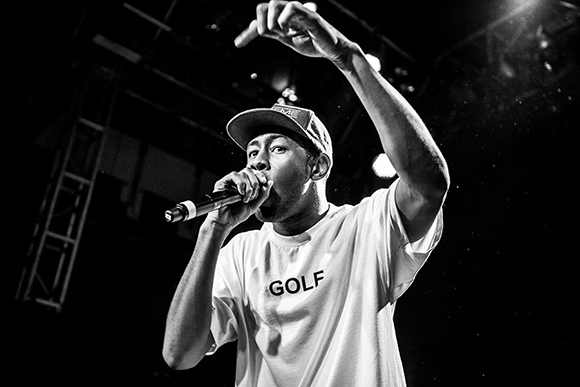 "If you know what Tyler the creator is about then you'll certainly love him in concert. Going through new and old hits Tyler and his crew are back to what they do best! He will have you jumping, flapping and going just pure crazy with some real heavy beats and his crude humourous rhymes. Not to be taken too seriously, as a lyricist Tyler The Creator stands high among some of the best in the business… It is definitely worth the experience!"