The voice and the persona behind the major hits "Happy Little Pill," "Youth," and "Wild" is none other than TROYE SIVAN. All these titles perfectly represent what Sivan stands for among today's generation of fans. His effervescent and energetic presence, his articulate freedom to be himself and pursue his passions, and his incredible showmanship are just some of the obvious reasons for his meteoric rise to fame. Fans are definitely jumping up and down at this opportunity to experience Troye Sivan live, in the flesh.This is a hot ticket alert! Don't say we didn't warn you…Hurry, grab your tickets now! 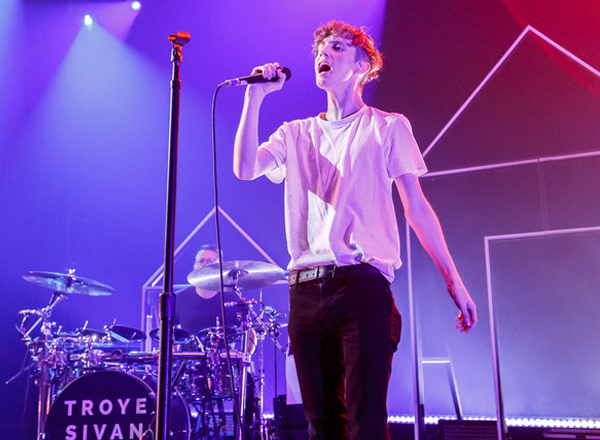 Troye Sivan is a multi-faceted gem of a talent. This South African-born Australian artist can sing, write song, act, and vlog. One of his most noteworthy acting credentials include a role in the X-Men film X-Men Origins: Wolverine (2009), where he played the role of a young James Howlett. He is also a YouTuber who has over 4 million subscribers and over 241 million views. His singer-songwriter artistry has taken him up the dizzying heights of chart success. "Happy Little Pill", reached number 10 on the Australian charts. His vlogging endevors earned him and fellow vlogger Tyler Oakley, a Teen Choice Award in the "Choice Web Collaboration" In 2014, Time tagged him as one of the "25 Most Influential Teens of 2014".