Calling all metal-lovers! Trivium comes to Stage AE on Monday 10th October 2016 as part of their exciting new tour!

"This year has already seen countless cities in numerous countries, and now is the time to bring it back to our home country with our brothers and sisters of metal.

"We are beyond excited to have one of our favorite bands on the planet, SABATON, on the bill; and we are absolutely stoked to have the incredible HUNTRESS out with us as well. 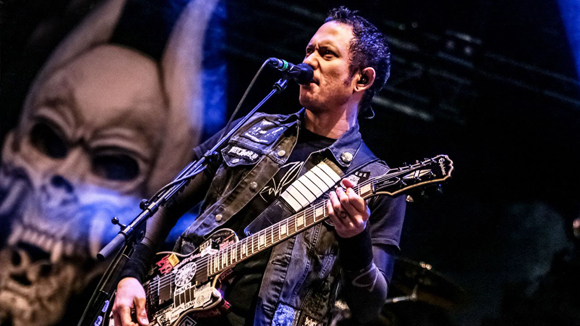 Trivium formed in 1999 in Orlando, Florida. The band's 2003 official demo was heard by German label Lifeforce, which lead to them signing the band and record and release their debut album, Ember to Inferno, later that year. Their major label debut, Ascendency, was released with Roadrunner Records the following year, leading to rave reviews and recognition from Kerrang! as the "Album of the Year". The band has released seven studio albums and nineteen singles today. They have sold over one million albums worldwide and their latest album, Silence in the Snow, was released on October 2, 2015.