Rapper Travis Scott is coming to blow the crowd away at Stage AE on Tuesday 2nd May 2017!!
Believe the hype – the time has come for Travis Scott to take to the stage… if you love hiphop then be sure to get on down for this unmissable event as Scott is soon to be the biggest star on the mainstream music scene. Tickets are NOW on sale – but they won't be for long as his fans continue to grow, these are bound to be snapped up in a hurry! 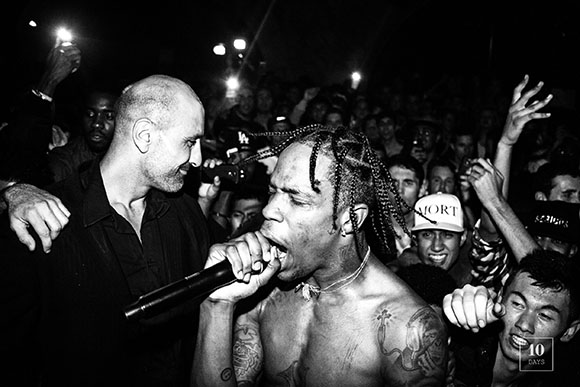 The breakthrough artist on the Hiphop scene, Travis Scott quickly emerged just a few years ago, noted and promoted by the likes of so many fellow acts, Kanye West included.. Scott's debut 'Rodeo' smashed its way into the mainstream and hit number 3 in the charts. The rising star is the talk of the town, with the current news of dating Pop princess Rhianna, who's track 'Bitch Better Have My Money' was also produced by him.

Travis Scott is the one to watch! "In the running for album of the year. It features some of the most interesting characters in hip-hop, including Future, Young Thug, 2 Chainz, Chief Keef, Kanye, Juicy J, and Schoolboy Q. TI kicks off the album with a bizarre, celestial-themed introduction, and he co-executive produces the album, along with others including legendary beatsmith Mike Dean!"