The incredible musicianship of the singer-songwriter Thundercat will be loudly heard like thunder this August 26 Friday, as he takes center stage on the famous Stage AE in Pittsburgh, Pennsylvania. The two-time Grammy Award-winning musician will bring his spotlight as a solo artist and entertain his fans with his funky and unique bass sound. Jam to Thundercat's hits, such as "King of the Hill," "Friend Zone," "Black Qualls," and "Them Changes," among many others. This is expected to be one of the most authentic concerts to grace Stage AE this summer. So better secure your tickets as early as today and prepare to witness the jaw-dropping guitar skills and incredible lyricism of the one and only Thundercat. Hurry before tickets run out. Click the "Get Tickets" link to grab yours. 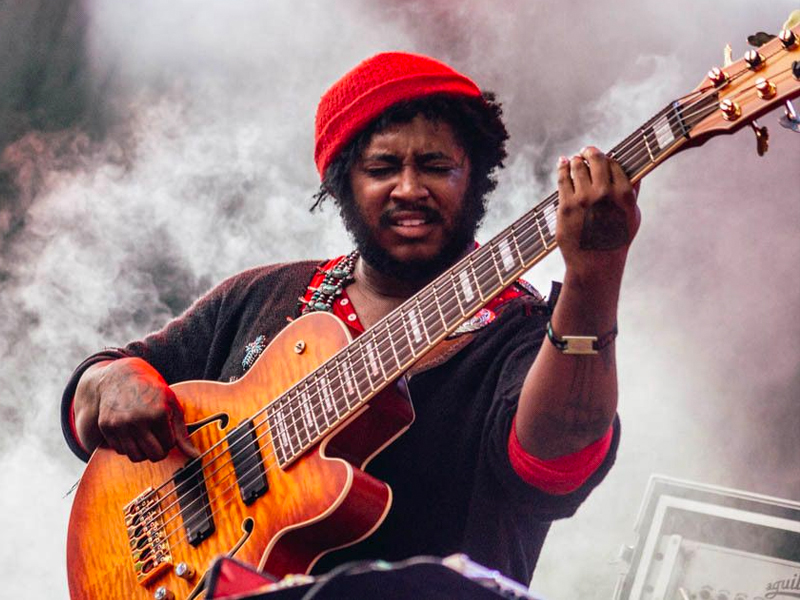 Born and raised by musicians, Stephen Lee Bruner, also popularly known for his stage name Thundercat has a long career in music. At the age of 15, he had a hit in Germany as a part of a boy band. After that, he became a bassist for his brother's band, "Suicidal Tendencies." Apart from being part of a band, he also played as a session musician. Notably, he played for Erykah Badu's album "New Amerykah" in 2008 and "Flying Lotus' Cosmogramma" in 2010. Since then, Thundercat has done many works with Flying Lotus, including his first solo album, "The Golden Age of Apocalypse," in 2011.

His exposure to mainstream popularity came in 2016 for his significant role "at the creative epicenter" of Kendrick Lamar's critically acclaimed album "To Pimp A Butterfly." He won the Grammy Award for Best Rap/Song Performance on that same album for his performance in the song "These Walls." In the 2020 Grammy Awards, his album "It Is What It Is" won Best Progressive R&B Album.

His talent as a bassist made him one of the most preferred session musicians. His deft and groovy basslines have aided the success of many musicians in their tours and songs. But his talent and lyricism in his albums make him the great artist that he is. His nimble command of strings and abstract-like lyrics is incredibly attention-grabbing.

Fans of the amazing Thundercat in Pittsburg, Pennsylvania, prepare to jam as his tour comes to Stage AE on Friday, August 26. Tickets are now available! Click the "Get Tickets" button.