Kick those Monday blues away with emo-screamo music. Shout and let it all out as American post-hardcore rock band Thrice is set to crash, boom, bang onstage at the Stage AE on Monday 3rd February 2020. After their self-imposed hiatus in 2012, Thrice regrouped in 2015 and has been at the top of their game since. From releasing singles, albums, and touring the concert circuit, Thrice continues to slay it with their crackling guitar distortions, complex time signatures, and off-the-roof guitar solos. From 1999 up until their 3-year hiatus, fans stayed where they are and even mushroomed with new recruits. With the announcement of this concert, don't expect fans to just take it sitting down… but you can! No need to leave your seat, you can book your tickets right at your fingertips. Yes, click the 'buy tickets' button on this website, and with a few more easy clicks, that's it–you're all set to see Thrice live! 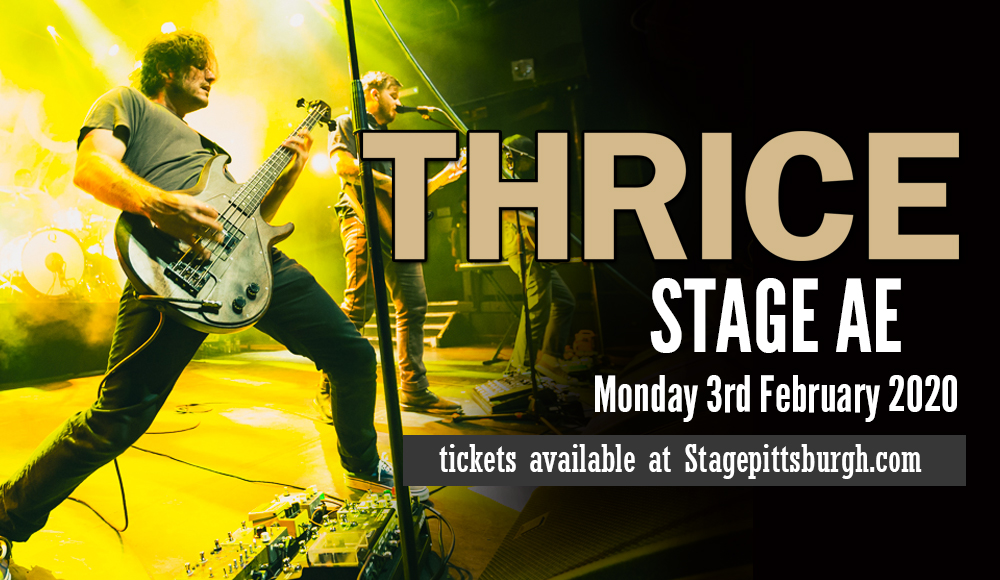 The band went into a self-imposed hiatus in 2012, then regrouped in 2015. Thrice has released 10 studio albums to date. Indeed, Thrice rocks hard — music is solid, and lyrics are jam-packed with meaning and even brimming with inspiration.

“In this age of upheaval and division, my hope is that the youth will manifest the courage and love necessary to hold up a light and illuminate a new path forward, to embody a better story than the one that perpetuates fear and violence,” said frontman Dustin Kensrue of the message of their latest album "Palms" with the lead single ‘Hold Up A Light‘.

If you're still thinking twice about watching this concert, go back to your thoughts for the third time and then lock it by booking your tickets to the show. No time to waste. Book your tickets now!