Theory of a Deadman Tickets

Canadian alt-rock-metal band Theory of a Deadman will come rocking the Stage AE on Tuesday 23rd November 2021. The band will pick up where they left off — to carry on with the tour in support of their latest 2020 album release "Say Nothing". The band was off to a great start as the said album debuted at No. 2 on the Billboard Alternative Albums chart and #3 on the Rock Albums chart. The tour was called off due to the global pandemic. As the concert circuit has opened up again, Theory of a Deadman has confirmed their headliner tour covering key cities and states. Now face the facts –tickets are in high demand among fans who have been anticipating this much-awaited concert. Click that 'Get Tickets' link to book your tickets now! 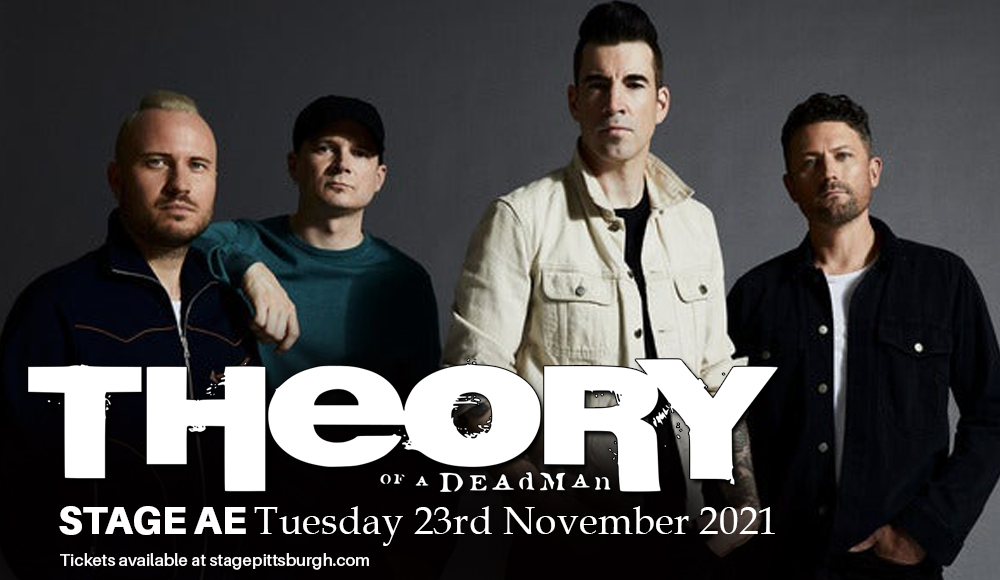 Formed in 1999, Canadian rock band from North Delta, British Columbia, Theory of a Deadman (abbreviated as Theory or TOAD) became the first act to sign with Nickelback frontman Chad Kroeger's 604 Records. Founding member and lead guitarist/vocalist Tyler Connolly slipped a demo Kroeger, and the rest is history. Their eponymous debut album Theory of a Deadman was released on September 17, 2002, peaking at #4 in Canada and #85 in the US. The album was certified platinum in the United States and Canada on May 12, 2006. Although the album achieved commercial success, the band found it difficult living under Kroeger's shadow. They were criticized and often compared to Nickelback as Kroeger contributed to many of the songs on the first album, and lead singer Tyler Connolly's voice sound so much similar to Kroegers.

It was on their 2005 sophomore album “Gasoline” where TOAD found their footing and established the sound they could call their own. Since then, the band also dabbled into different music styles, such as country and acoustic, assimilating them into their post-grunge and alternative rock foundation. Critical success also soon came in as they were nominated for 17 awards and has won the 2003 Juno Award for New Group of the Year, the 2009 Western Canadian Music Award for Outstanding Rock Recording, the 2010 SOCAN Pop/Rock Music Award, the 2010 BMI Pop Awards for Award-Winning Song, the 2012 SOCAN No.1 Song Award and the 2017 SOCAN No. 1 Song Award.

Theory of A Deadman is a seasoned touring band, and they know how to effectively engage and interact with their fans, especially when they deliver crowd favorites like "Lowlife," "Blow," "All or Nothing," "Santa Monica," "Hate My Life", "Not Meant to Be," "Bad Girlfriend", "Lowlife", "Rx (Medicate)" and "History of Violence".

This is not a drill. Theory of Deadman tickets are on sale, get your tickets now!