You are invited to a birthday party this Saturday, September 3, at Pittsburgh's Stage AE. But this is no ordinary birthday party. This is a massive celebration of The Shins' 21st birthday celebration of its debut album, "Oh, Inverted World." Yes, it has been two decades since the indie-rock icons released their career-defining album. Feeling old yet? Well, we are all feeling old, but we are more than happy for the band's concert tour stop on this side of Pittsburgh. Watch the show with your concert buddies and be drowned in nostalgia as the James Mercer-led band play their classic album in its entirety. This is one trip down memory lane that will feature the songs "Caring Is Creepy," "Weird Divide," "Know Your Onion!," "New Slang," and many others. You can grab your tickets for the show here by clicking the "Get Tickets" button. 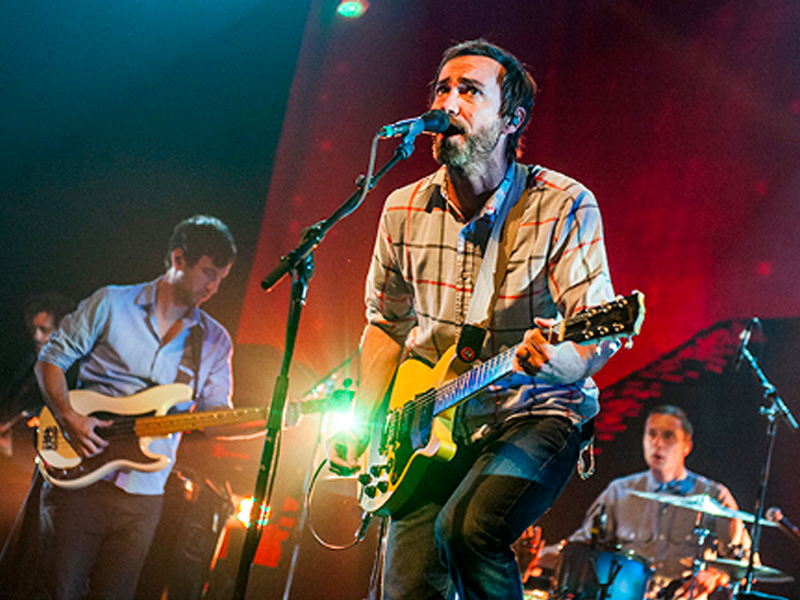 "Oh, Inverted World" is the iconic debut album of the indie-rock band The Shins, released in June 2001. It is a fairly decent album for a newcomer band like The Shins, placing at number 35 on the Pazz & Jop critics' poll for best album of 2001. However, the album took a different level of popularity years later, much to the band's surprise. As one of the most notable acts in the early 2000s indie rock era, The Shins' popularity skyrocketed after two songs from the album ––"New Slang" and "Caring is Creepy"–– were featured in the 2004 film "Garden State." In the movie, Natalie Portman tells Zach Braff that the song "will change your life." In turn, the song changed the lives of The Shins. Almost overnight, they became indie-rock sensations. Their album sold more than twice what they had sold prior to the film's debut. Plainly put, the band capitalized on the popularity of the movie and its impact on their music.

Over the years, the band toured all over the country and went on to sell out amphitheaters and stadiums. In addition, they have recorded several successful albums. Their 2007 album "Wincing the Night Away" earned a Grammy nod for "Best Alternative Music Album." Their latest fifth studio album, "Heartworms," was released in 2017 and reached the charts in different territories, including Australia, Belgium, the UK, Canada, Ireland, and many others.

In June 2021, a 20th anniversary remastered version of their debut album "Oh, Inverted World" was released. This year, The Shins celebrate the 21st anniversary of the monumental album by throwing a North American tour. The tour, which will feature the band playing the entire album, will commence on July 12 and make stops at major cities in the US and Canada, including Pittsburgh's Stage AE. The trek will conclude on September 16th with a hometown show at Portland's Pioneer Courthouse Square. You can catch the band this Saturday, September 3, at Stage AE and have the best time. But first, don't forget to grab your tickets here. Click on the "Get Tickets" button to order yours now.