Bringing soulful Southern rock to the table with an unbound, authentic feel, The Marcus King Band are nothing short of captivating the moment they begin playing! The South Carolina-based band comes to Stage AE on Tuesday 27th November 2018 in support of their most recent offering, their third album, Carolina Confessions! A true slice of Appalachian passion with no pretense and plenty of grit, The Marcus King Band are a true treat to see live! Grab your tickets now! 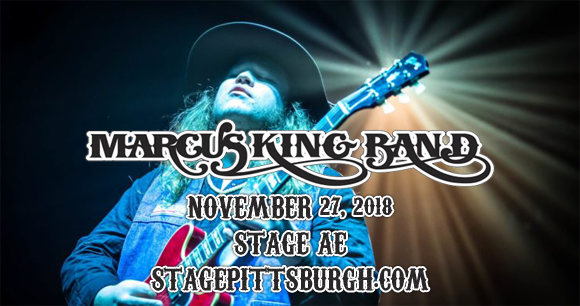 Psychedelic blues rock group The Marcus King Band is led by singer, songwriter, and guitarist Marcus King. Son of blues musician Marvin King, Marcus began his career as a pre-teen performer, supporting his father at shows. As time passed, Marcus gathered a band together and in 2015 they released their debut EP, Soul Insight, on Gov't Mule founder Warren Haynes' Evil Teen Records. The album was celebrated in the blues world and was both a critical and commercial success, reaching number eight on the Billboard Blues Albums Chart. The following year, the band signed to Fantasy Records, and they released their self-titled second album in October 2016, reaching number two on the Billboard Blues Albums Chart. Their third full-length LP, Carolina Confessions, was released in October of this year.