“Ride or Die” duo The Knocks are headed to Stage AE on Saturday 16th February 2019 for a night of tunes to get the dance floor moving! From chilled and ethereal to pumping bass-heavy hard-hitters, "B-Roc" and "JPatt" are never better than on their brand new album New York Narcotic, and they'll be performing their new material for fans at this epic show! 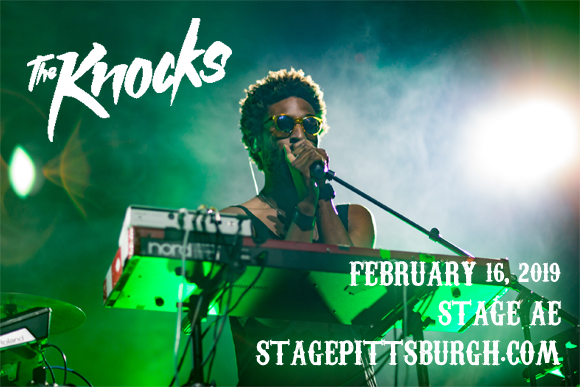 Electronic music duo The Knocks began their career producing for artists including Katy Perry, Britney Spears, Marina & the Diamonds, Flo Rida, Sky Ferreira, Theophilus London and Ellie Goulding, among others. The duo's debut EP, Magic, was released in 2011, followed by the EPs Comfortable (2014) and So Classic (2015). In 2016, they released their debut studio album, 55, via Neon Gold and Big Beat. The album was well received, and was scored 8 out of 10 by Spin Magazine. Their second studio album, New York Narcotic, was released in September 2018 and features collaborations with Big Boi, Sofi Tukker, Sir Sly and Alexis Krauss.