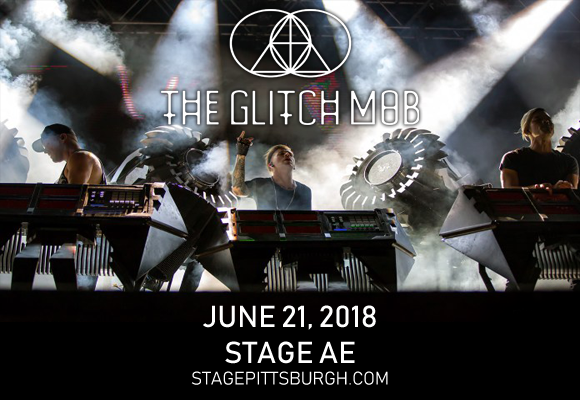 Electronic three-piece The Glitch Mob formed in Los Angeles in 2006. The Glitch Mob consists of edIT (Edward Ma), Boreta (Justin Boreta) and Ooah (Josh Mayer). The group's debut album, Drink the Sea, was released in 2010 and peaked at number 15 on the US Top Dance/Electronic Albums (Billboard). Their sophomore release, Love Death Immortality, was released four years later and topped the Billboard Dance/Electronic Songs chart. For the album's accompanying tour, the group introduced "The Blade": a customized set piece (built by movie set designers) that houses their instruments and lighting, allowing them to create a spectacle with each track performed.