Folk favorites – The Avett Brothers are coming to rock Stage AE on Thursday 12th May 2016! Influenced heavily from the likes of the greats such as The Beatles and The Ramones: The Avett Brothers provide an effortless blend of bluegrass, country, punk, pop, folk, indie and honky tonk… capturing the true essence of Rock n Roll. It's no wonder that fans across the Country will travel miles to witness one of The Avett Brother's energetic and ground breaking performances of their chart topping wonders! 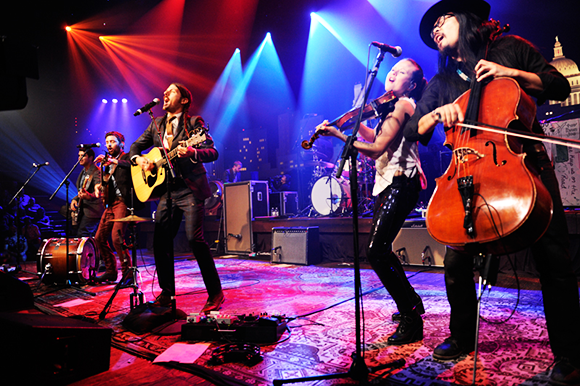 "The energy is undeniably positive and uniquely North Carolinian…I often had to remind myself that we were singing to the audience and not the other way around…there’s nothing like celebrating in an arena filled with friends and neighbors."