News flash! Ted Nugent — a name that is headline-worthy and always has a place on everyone's 'must-see-concert' list. Well, thank your lucky stars folks! He is back on the road tirelessly doing what he loves and what he was born to do. Now this is your chance to catch this powerhouse rock icon who has established himself as one of the rock music's building blocks. For four decades, Ted Nugent has accumulated a large spectrum of audiences who will drop everything to revel in the exhilirating experience of his live performance. A concert like this is defintely worth it. Go, get your tickets now! 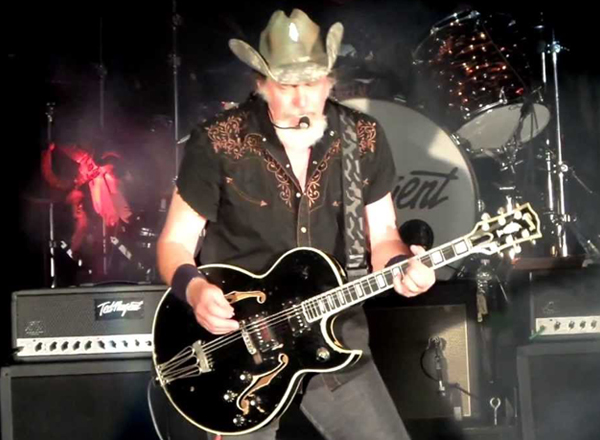 The prodigious talent of Ted Nugent has its roots in Detroit, Michigan where he taught himself how to play the guitar at age six. At fourteen, he headed a band named the Lourds, and wowed a crowd gathered at the 1964 Michigan State Fair. Then he gained fame as lead guitarist of the band Amboy Dukes; then moved on to a solo career. Apart from his iconic stature in music, Nugent is also a noted political activist who openly speaks his heart out and opinions about his conservative political views, and his firm stance against drugs and alcohol abuse. With a career spanning four decades, Nugent has 34 albums to his name and has sold a total of 30 million records. He is definitely one of the prime movers and influencers of hard rock music.