Get ready for the tripped-out awesomeness that is STS9 – Sound Tribe Sector 9!!! Match raw, passionate stage presence with experimental electronica and you may have some idea of what these guys have in store… Catch this phenomenal live act at Stage AE on Tuesday 18th April 2017 – you won't regret it!!! 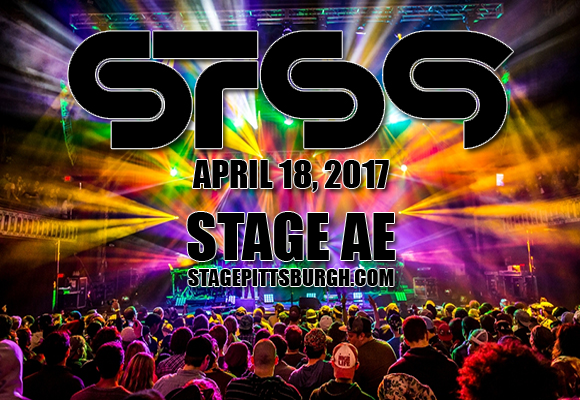 Instrumental electronic rock band Sound Tribe Sector Nine (STS9) formed in Atlanta, Georgia over fifteen years ago. Calling themselves “post-rock dance music,” the band's fusion of electronics with typical live rock instrumentation, and dedication to groove over everything, has seen them grow hugely in popularity at the cutting edge of the international music scene. To date, they have released 11 studio albums, two remix albums, and multiple live DVDs on their homegrown label 1320 Records. The band rank among Pollstar Magazine’s list of top-grossing touring acts, with a heavy presence in the music festival circuit, and can boast a commendable list of opening acts such as Snoop Dogg, NAS, Bassnectar, Ghostland Observatory, The Glitch Mob, Thievery Corporation, Pretty Lights, Big Boi (Outkast) and numerous others.