Delivering soulful, confessional "psychedelic bedroom-pop" (as described by NME), Still Woozy is making waves in the world of music with his brand new album If This Isn't Nice, I Don't Know What Is! The Oakland-based singer comes to Stage AE on Sunday 13th February 2022 as part of the album's promotional tour, performing tracks like “Woof,” “These Days,” and single “That's Life!” Catch him while he's hot – Still Woozy is gonna be huge! 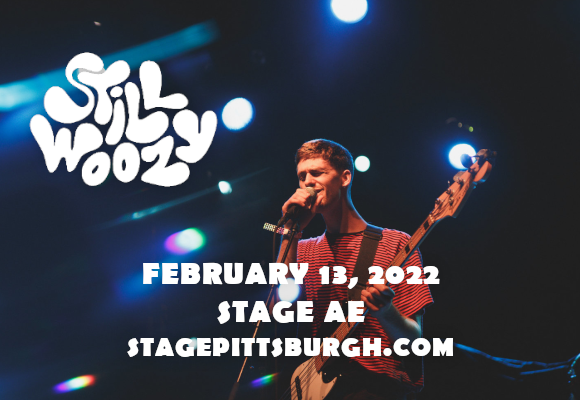 Singer and songwriter Still Woozy (aka Sven Gamsky) hails from Oakland, California and began his career in the math rock band Still Jack from 2011 – 2016, releasing four albums with the group. After they disbanded, he released his debut solo single "Vacation" in 2017. He released several singles, before bringing out his debut EP Lately in 2019, a few weeks after a notable performance at Coachella Festival. Described by Slant Magazine as “Bubbly, upbeat, and eminently listenable,” If This Isn't Nice, I Don't Know What Is, his debut solo studio album, was released on Interscope Records in August 2021.