The Texas based rockers – Spoon are hitting the road this coming summer and will be stopping off at Stage AE on Wednesday 26th July 2017! If you're a fan of their indie infused music, then be sure to catch them for this exciting live performance. Spoon will no doubt be showcasing all of their classic material along with their brand new album, titled 'Hot Thoughts!'
It's going to be a big year for this energetic group – book your tickets today to a part of it! 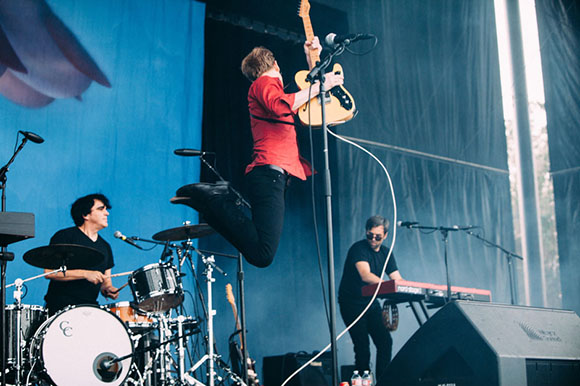 Spoon sure know how to get a crowd jumping to their electrifying sound as they combine elements and take influence from all of the best bits of Indie, Alternative and Rock to bring fans a satisfying set every time. Britt Daniel (vocals, guitar); Jim Eno (drums); Rob Pope (bass guitar, guitar, keyboards, backing vocals), and Alex Fischel (keyboard, guitar) are of course the members that make it all possible. Together they play around with sound to break the barriers and experiment through their music.