Fans listen up, it's that time you've all been waiting for as Spoon & Grizzly Bear comes to Stage AE! Grizzly bear bring their indie fusion of sound to the stage with their impeccable energy to blow you away, along with Spoon, both incredible artistic groups! Here's your chance to catch it all live, just grab a ticket and come down on Friday 22nd June 2018! For one magical night of the best in music! 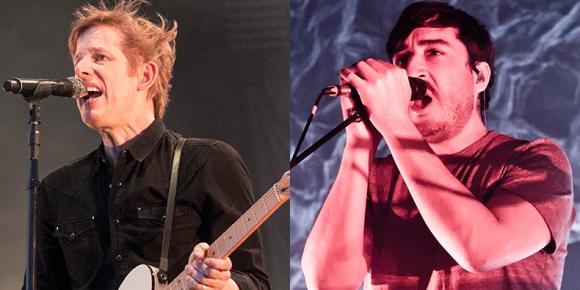 The Texas hailing rockers, Spoon have been doing what they do best ever since they founded all the way back in the early 1990's. With their first album, Telephono they kick started their career and paved the way for a non stop run of releases from 'A Series of Sneaks' to 'Transference' to 'Hot Thoughts' – released just last year! Ready to showcase their music for another unstoppable year, the band Spoon are heading out on tour! Britt Daniel (vocals, guitar), Jim Eno (drums), Rob Pope (bass guitar, guitar, keyboards, backing vocals), and Alex Fischel (keyboard, guitar).

Grizzly Bear have that perfect blend of a niche sound over something familiar that just keeps you wanting more! As one of indie's favorites to catch on the live performance scene, their shows always go down well.
The American rockers formed in 2002 and started off in their home city of New York. With their psychedelic pop edge they were quick to grab attension and headed on to be featured in the film 'Blue Valentine' in 2010. Grizzly Bear are joining Spoon on an exciting co date so don't miss them as they head to Stage AE!