Brooklyn-based house duo Sofi Tukker comes to Stage AE on Saturday 13th October 2018 to celebrate the release of their debut album, Treehouse! The EDM sensations have been really making waves on the dance music scene since their track "Best Friend" became a worldwide hit after its use in an iPhone commercial. Now come see why these two have so often been tipped as ones to watch! 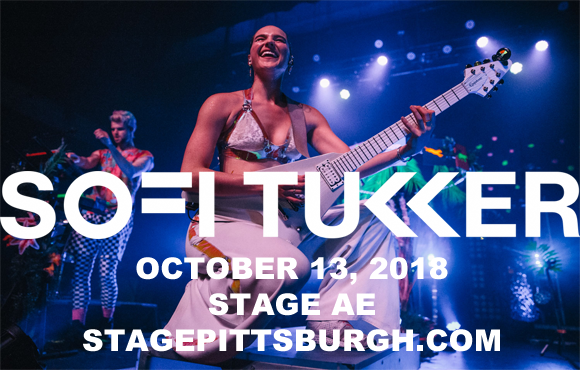 New York-based live EDM duo Sofi Tukker was formed in 2014 by Sophie Hawley-Weld and Tucker Halpern. The duo released its debut EP, Soft Animals, in 2016. The EP included the single "Drinkee", which was nominated for a Grammy Award for Best Dance Recording at the 59th ceremony in 2017. Their best-known single, "Best Friend", was featured in a commercial during Apple's unveiling of the iPhone X, and is also included in the football game FIFA 18. This is the second time that a song of theirs has been included on the soundtrack of FIFA; their song “Johny” is featured in EA Sports' FIFA 17. Apple once again featured Sofi Tukker in a TV commercial, promoting their special edition iPhone 8 RED smartphone with a clean version of their song "Batshit", titled "That's It (I'm Crazy)". The duo's debut studio album, Treehouse, was released on April 13, 2018 through Ultra Records.