Anarchy, laughter, dancing and a whole lot of drinking… Get ready for the co-headlining punk tour of the year as blue-collar outfit Social Distortion and Celtic rockers Flogging Molly head out on the road together! The raucous double-act heads to Stage AE on Tuesday 20th August 2019, with Social Distortion performing from their eagerly anticipated eighth studio album and Flogging Molly performing from their most recent album, Life is Good! Plus, The Devil Makes Three are their special guest support act! 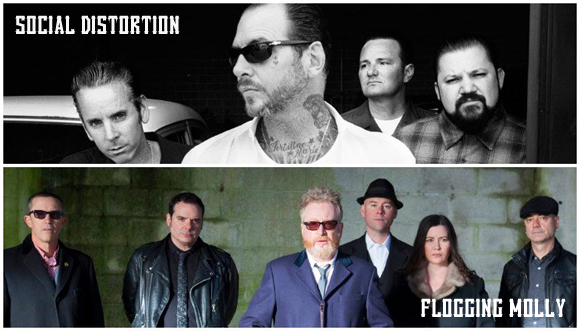