Ski Mask The Slump God is killing the rap game! The platinum-selling rising star comes to Stage AE on Thursday 5th December 2019 on The Stokeley Tour, in support of his top ten smash hit album of the same name! Accompanying the young rapper as special guest support acts on The Stokeley Tour will be Pouya, Danny Towers, Pop Smoke and DJ Scheme in a next level line-up that's sure to make any rap fan happy! Tickets available now! 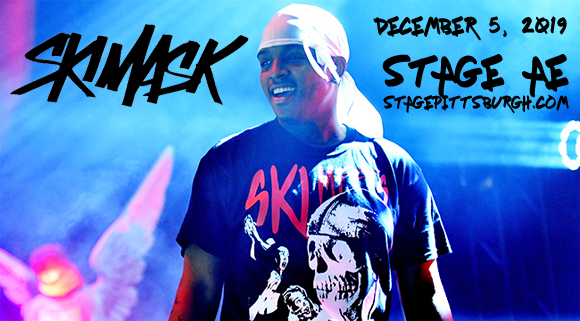 American rapper and songwriter Ski Mask the Slump God burst onto the scene in 2015 through his collaborations with XXXTenacion and their collective Members Only. In 2017 he had breakthrough hits with the songs "Catch Me Outside" and "Babywipe", from his mixtape YouWillRegret. Both singles are certified gold by the RIAA. He found further success with his 2018 mixtape Beware the Book of Eli, which peaked at number 50 on the Billboard 200. He followed later that year with his debut album Stokeley, which features guest appearances from Juice Wrld, Austin Lam, Lil Baby and Lil Yachty and debuted at number 6 on the Billboard 200.