Sixx: A.M. is a band that never fails to elicit excitement among its overly passionate fans. The band was around since 2007, but it has only been a recent endeavor for them to be a full touring band. Over the years, fans have definitely been energized by their music through recordings and album releases. Yet nothing beats seeing them live, loud, and in the flesh, spewing out balls of fire through their electrifying singles: "Tomorrow," "Pray for Me," "Accidents Can Happen," "Life Is Beautiful," "Gotta Get It Right," "Stars" and "This Is Gonna Hurt."

With fans burning with fervor anticipation, you can now imagine the volume of tickets flying off the shelves… If you are not quick enough, then this moment could just slip from your fingers. Hurry, don't waste another minute, get your tickets now! 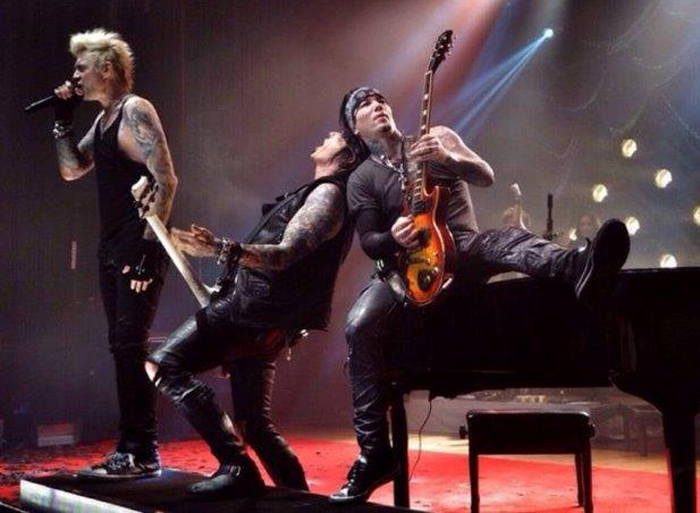 Sixx:A.M. may just be a 'side project' for legendary rock band Mötley Crüe's bassist Nikki Sixx, but the energetic and passionate response they are getting from fans cannot just be put aside. Formed in 2007 by Sixx, along with lead guitarist DJ Ashba and vocalist James Michael — getting down into business by releasing “The Heroin Diaries Soundtrack”, drawn from Sixx’s autobiography “The Heroin Diaries: A Year in the Life of a Shattered Rock Star”. This gave the band a rousing start as the single "Life is Beautiful" shot to No. 2 on the Hot Mainstream Rock Tracks chart and No. 26 on the Billboard Rock Singles chart. As a trivia, The Heroin Diaries album was created without the drummer. Michael took care of painstakingly programming the percussion parts. Their glam metal and theatrical rock influences reminiscent of Marilyn Manson and Dio were ravenously embraced by rock fans. With this, one album came after the next, with 'hit-after-hit-after-hit' singles. From three studio albums to date, Sixx: A.M. has spawned these roaring anthems: "Tomorrow," "Pray for Me," "Accidents Can Happen," "Life Is Beautiful," "Gotta Get It Right," "Stars" and "This Is Gonna Hurt."