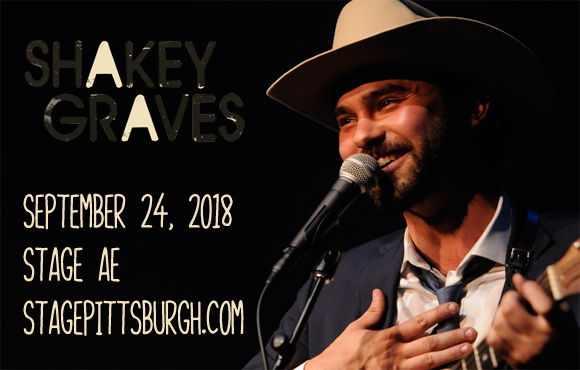 Americana artist Shakey Graves (aka  Alejandro Rose-Garcia) began his career in 2007, becoming known locally and on the festival circuit for his one-man band set up. His self-released debut album Roll the Bones (2011) led to a stint as the official “busker” for the Edward Sharpe and Mumford & Sons Railroad Revival Tour later that year. After signing a one-album deal with Dualtone Records in 2013, Shakey Graves began to tour and record as a three-piece (Rose-Garcia and multi-instrumentalists Patrick O'Connor and Christ Booshda). Can't Wake Up, the fifth studio album by Shakey Graves, was released in January 2018.