Get ready to see one of the best hard rock acts out there, on tour in support of their heaviest album yet – we present to you none other than Seether, joined on tour by Sevendust guitarist Clint Lowery!! These much loved names in alternative metal will be hitting the Stage AE on Friday 19th May 2017 – click the “Buy Tickets,” button above to get yours today!! But hurry – we expect this show to sell out fast! 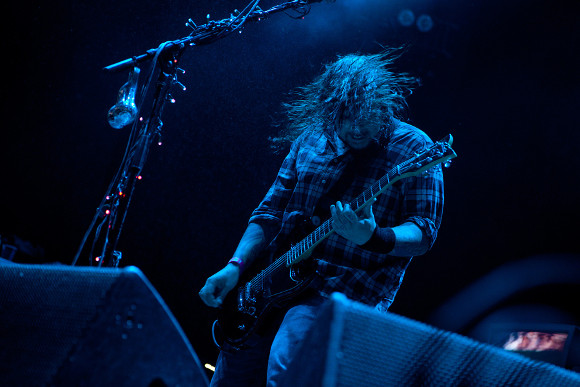 Founded in 1999 in Johannesburg, South Africa, they gained commercial popularity in 2002 with “Fine Again” a single which was a US Active Rock number one, and followed this up two years later with “Broken,” which charted on the Billboard Hot 100! Since then, their success and fanbase has grown steadily. Their seventh album, “Poison The Parish,” is currently in the works and due for release on May 12th. Fans, much hyped about the new release, have been told to expect Seether’s heaviest work yet!! Self-producing writer of most of the band’s material, Shaun Morgan, is equally enthusiastic about the release, and revealing what the band have poured all of their energies into over the past year, saying; "Goddamn, it's good to be back… We spent the better part of a year writing and recording Poison the Parish, and now it's time to get out there and play that f***er to the fans…”

On the tour itself he is equally confident, promising new and interesting things. "We want this tour to be exciting and different — a departure from what people expect from us, while retaining the qualities that make us unique, in order to entertain the fans. It's going to be loud, heavy, old school Seether with a couple of twists thrown in to keep things exciting.”

Sounds pretty good to us!! Get your tickets to see Seether now and prepare for a live experience like you’ve never had before!!