Texan Americana crooner Ryan Bingham is joined by alt-rockers Brian Fallon and The Crowes for an intimate evening at Stage AE on Wednesday 21st September 2016! The gravel-voiced singer-songwriter sensation, best known for penning the Oscar and Grammy Award-winning song ‘The Weary Kind’, is known for his heart-rending and captivating performances. Don't miss this special show! 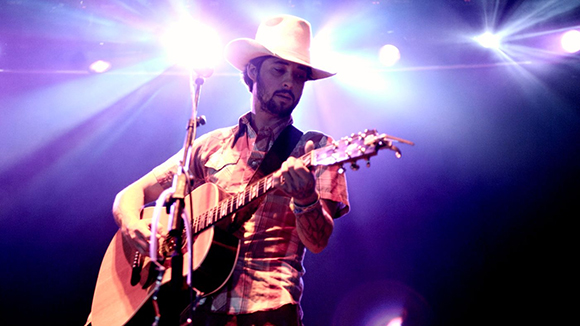 Based in Los Angeles, California, Ryan Bingham is an Americana singer songwriter whose major label debut album Mescalito was released in 2007 on Lost Highway Records. He released his second album, Roadhouse Sun, in 2009, but it was his collaboration with Grammy-winning producer T Bone Burnett on the soundtrack for the 2009 acclaimed film Crazy Heart that brought him to mainstream attention. Bigham notably co-wrote and performed the film's award-winning theme song, "The Weary Kind", which earned him an Academy Award, Golden Globe Award, and Critics' Choice Award for "Best Song" in 2010, as well as a Grammy Award for "Best Song Written for a Motion Picture, Television or Other Visual Media" in 2011.