Ladies and Gentlemen, from across the pond, Royal Blood! Performing for you at Stage AE on Wednesday 13th May 2020! The Boys from Brighton UK have made it big time and are finishing up their USA tour, buy you tickets here so you don’t miss out on this awesome duo! Royal Blood will be supported by Bones UK. Playing favorites like "Lights Out", "Hook, Line & Sinker" and "I Only Lie When I Love You”, with a musical style of Alt-rock-blues-garage you definitely should bring some comfy shoes because Royal Blood gigs are high energy and you will be jumping around! 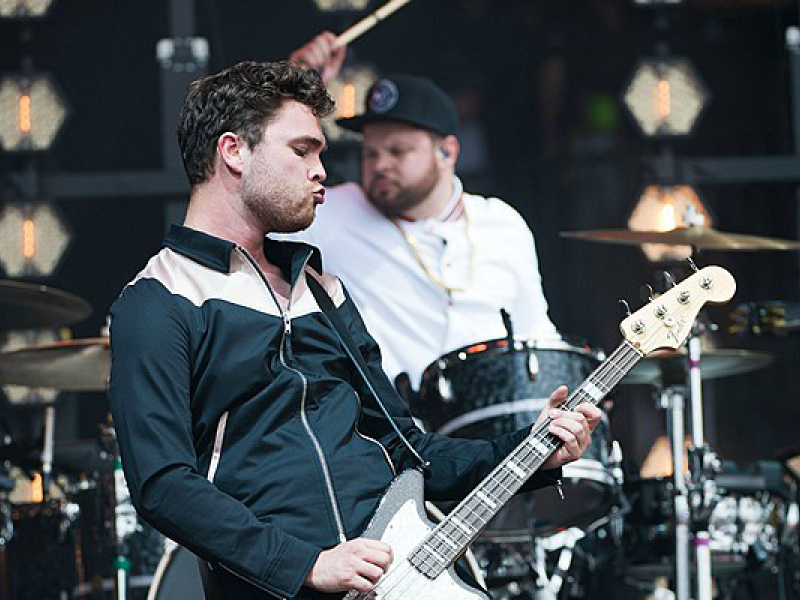 Royal Blood are an English rock duo formed in Brighton in 2011, consisting of Mike Kerr on vocals, keyboard, piano and bass guitar, and Ben Thatcher on drums. They are winners of two NME Awards, a Brit Award, a Kerrang! Award, a Q Award and two GMA Awards! With two albums, Royal Blood and How Did We Get So Dark? Debuting at number One in the UK on its launch, which they are touring with now and an as yet to be named third album is reportedly in the works.

“Combining crushing drums and Kerr's hybrid bass setup — which is ingeniously split through both a bass amp and a guitar amp, with pitch-shifters, modulation, and heavy distortion bolstering the rugged sound — the duo draws immediate comparisons to luminaries the White Stripes, with "Loose Change" bearing significant familiarity, while there are nods at various times to Muse and Two Gallants as Royal Blood pummel their way through "Figure It Out." When Kerr and Thatcher aren't pounding their instruments hard, the limitations to their sparse setup does leave songs feeling a little flat, with "You Can Be So Cruel" and "Ten Tonne Skeleton" suffering slightly to fill the dynamics, but at the same time strains of early Queens of the Stone Age creep into the rolling guitar riffs and Kerr's voice is stretched to its limits. However, it's not all guitars and drums, and singles "Little Monster" and "Come on Over" illustrate their aptitude for well-crafted structures and melodies, and the moody delivery of Kerr's wholehearted vocals is prominent in the radio-friendly mix.” – Scott Kerr, AllMusic.com