Folk fans listen up! The amazing Ray LaMontagne is coming to play a special concert at Stage AE on Sunday 12th June 2016! This summer you can expect to see Ray LaMontagne as he brings his upcoming fresh new album to the ears of his adoring fans for the first time… along with his wonderful classics such as "Trouble" which from the first note of the song, grabs on your heart strings and captures your attention with it's beauty.

What an opportunity to catch his collection of true musicianship LIVE – grab your tickets today! 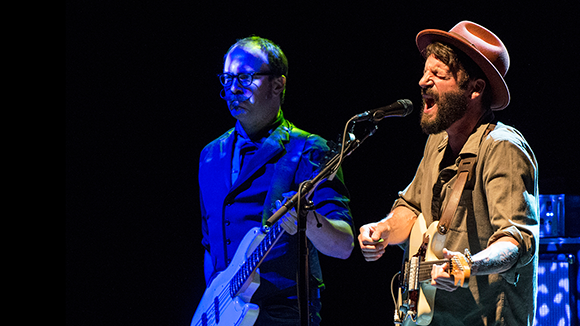 Ray LaMontagne is arguably one of the most heart felt singer/songwriters of his generation. His raw and poetic songs brings to mind the classic songwriting abilities such folk legends such as; Joni Mitchell, Neil Young and Tim Buckley. His humble approach to making music has crafted him a dedicated following of fans all around the world! To Ray LaMontagne, music is everything and it's very clear that he will continue to grow and soar within the industry.

"Music did that for me. It gave me something to live for, to strive for. I just wanted to break out and get out of it so badly. It's like an emotional core. I feel like I have an endless well inside of me of those feelings that I need to channel. I relate to those feelings of wanting to get out and I express them."