Sensational hip-hop duo Rae Sremmurd are hittin' up Stage AE on Monday 24th October 2016 as part of their first headlining tour! The stint is in support of their fresh new album SremmLife 2, and will be catching both the East and West Coast, with 27 dates on the roster! The boys will be bringing with them Lil Yachty to open, plus special guests Eearz and SremmLife Crew artists BoBo Swae and Impxct! 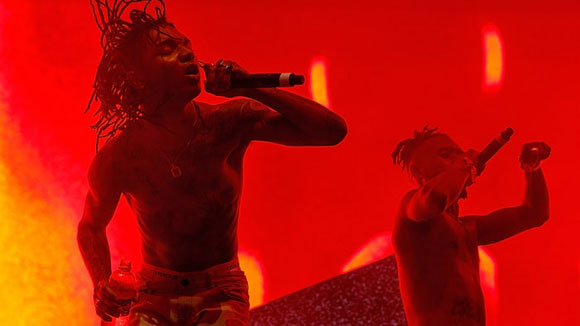 Hiphop duo Rae Sremmurd consists of brothers Khalif "Swae Lee" Brown and Aaquil "Slim Jxmmi" Brown from Tupelo, Mississippi. Having performed for years as a trio with Lil Pantz (who is no longer part of the group) under the moniker "Dem Outta St8 Boyz", home-producing music and playing local bars and parties, the boys signed with Ear Drummers Entertainment on January 1, 2014. Upon signing, they changed their name to Rae Sremmurd (Ear Drummers spelled backwards), and released their debut album SremmLife, on January 6, 2015, debuting at number 5 on the US Billboard 200. The duo's next album, SremmLife 2, was released on August 12, 2016.