Are you ready for this, Portugal. The Man fans?? The worlds favourite indie psychedelic alternative rock band is on tour with their latest album – coming to the Stage AE, Pittsburgh on Tuesday 22nd May 2018!! If you love Portugal. The Man you can’t afford to miss out – hit the “Buy Tickets,” button NOW and get ready for the show of a lifetime!! 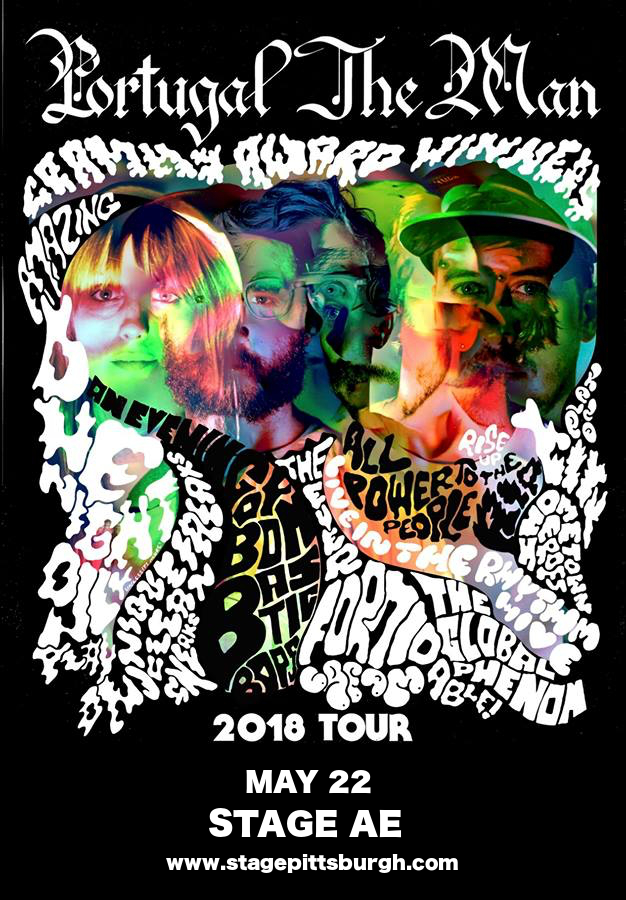 Having been around just over a decade, Portugal. The Man have once again decided to make a musical memoir of the current political climate in their latest offering, “Woodstock”. Their track record so far has been outspoken, with the “Satanic Satanist,” album in 2009, and more specific tracks from a variety of albums, such as “When The War Ends,” “Plastic Soldiers,” and “Modern Jesus”. Inspired by moment singer John Gourley’s dad showed him a Woodstock ticket hub from 1969, “Woodstock,” seeks to reflect the same emotions and themes of that critical time – primarily that of dissonance and rebellion. “We have a platform, we get to travel the f***ing world and experience different cultures on a weekly basis,” stated John Gourley in an interview. “So for people to make the argument that we shouldn’t make political statements and should just be entertainment is silly.”

Get ready to experience it all live for yourself – grab your Portugal. The Man tickets NOW while you can!!