It's going to be a New Year's Eve to remember for lovers of funky jam bands with alliterative names! Baltimore-based groovemeisters Pigeons Playing Ping Pong will be ringing in the New Year in style at Stage AE on Monday 31st December 2018, with a night of incredible improv-led music to get down to! Not only will Pigeons Playing Ping Pong be performing their energetic, unpredictable explosion of funk, but they'll be joined by incredible Colorado-based group The Magic Beans, who are mighty tight groove-makers themselves! Prepare to dance your way into 2019, like no-one's watching, but everybody's joining in! 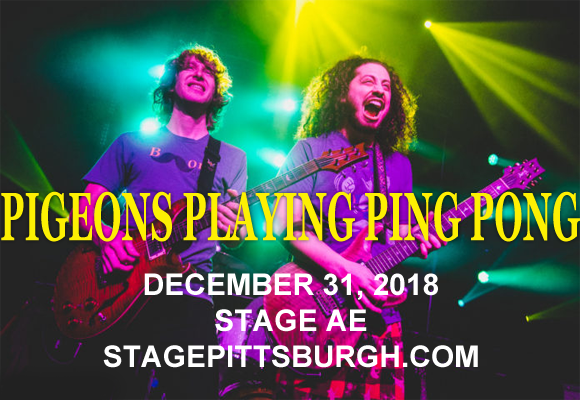 Baltimore-based funk jam band Pigeons Playing Ping Pong first came together in 2009, releasing their debut album Funk E P the following year. The group first met at the University of Maryland and hosts Domefest, a music festival held in Bedford, Pennsylvania, every year. Throughout the band's career they have released four full-length albums and a live album. Through their dynamic live shows and extensive touring schedule, the band has developed a large and dedicated fanbase across North America and beyond.