Heads up, fans of Pierce The Veil!! With their long-awaited 2016 release “Misadventures,” your favourite band are setting off on a huge North American summer tour!! With Sum 41 in support, they’ll be playing the Stage AE on Tuesday 9th May 2017 – don’t miss your chance to be there! Click the “”Buy Tickets,” button above to get yours today – but be quick, before they sell out! 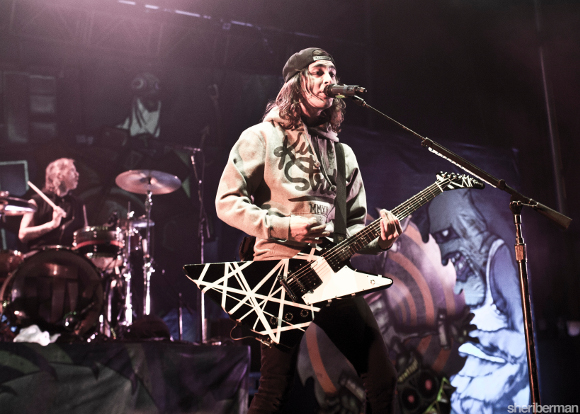 Formed in 2006 by Mike and Vic Fuentes, brothers, together with Jaime Preciado on bass and Tony Perry on guitar. After their debut album “A Flair For The Dramatic,” in 2007, the band toured extensively, supporting acts such as Portugal. The Man before releasing several more albums over the course of the following years. Their third album, in 2012, “Collide with the Sky,” was a huge commercial success. Featuring the top charting single, “King For A Day” it hit number 12 on the Billboard 200, sold over 27,000 copies in its first week, and was certified gold by the RIAA!! It was received well by critics as well as the public, with AbsolutePunk stating that the album “"proves Pierce the Veil are seemingly still one step ahead of everyone else when it comes to concocting energetic slices of post-hardcore and that they won’t be dropping the ball any time soon.”

After all that, audiences everywhere were desperate to hear what Pierce The Veil had to put out next, but it didn’t come till four years later – and it was worth the wait. “Misadventures,” was released to huge critical acclaim, given 5/5 by Blunt Magazine and generally considered the band’s best work to date.

Don’t miss out on your chance to hear the new album live – get your tickets to see Pierce The Veil and Sum 41 today!!