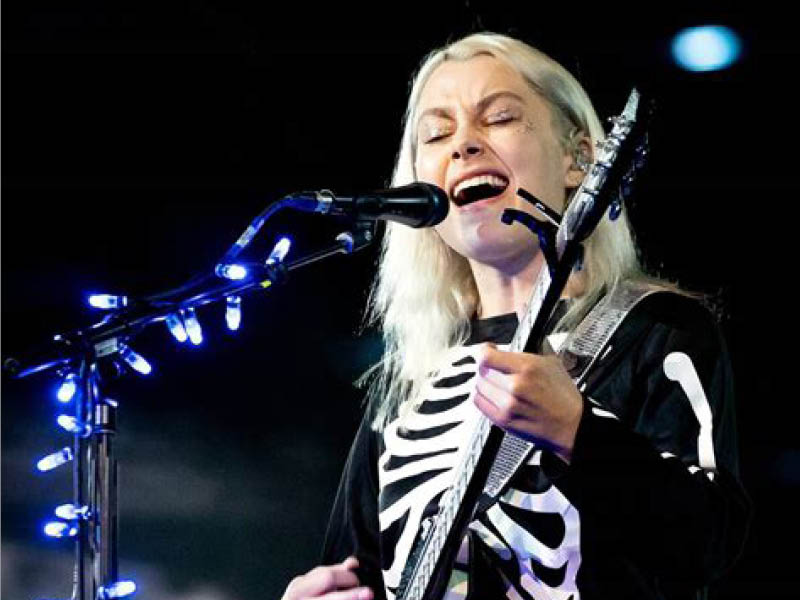 Indie-rock singer-songwriter, guitarist and producer, Phoebe Lucille Bridgers, from Los Angeles, California, made her solo debut with the studio album, Stranger in the Alps, in 2017, which peaked at number 13 on the Heatseekers Albums, 38 on the Independent Albums and 17 on the Folk Albums charts. The A.V. Club gave it a perfect score, saying "Stranger In The Alps, alchemizes sorrow into redemptive beauty. It's never about wallowing, but about slowly moving through it. That difference, played out over some incredible, wise-beyond-her-years songwriting, makes it one of the best albums of the year." And all I have to say is, “Do you see what happens when you **** a stranger in the ass?” She followed it with the album, Punisher, in 2020, a collaborative album of sorts, with writing coming from two dozen prominent musicians, including Julien Baker, Lucy Dacus, Christian Lee Hutson, Jim Keltner, Blake Mills, and Conor Oberst. The album was nominated for 4 Grammy Awards, and charted at number 43 on the Billboard 200 and number 2 on the Top Alternative Albums charts. Phoebe is also a member of the supergroup, boygenius, with Julien Baker and Lucy Dacus, and she is one half of the duo, Better Oblivion Community Center, with Conor Oberst.