Calling all metalheads – are you ready for the Australian metalcore band Parkway Drive!? They’re coming to rock the Stage AE on Tuesday 8th May 2018 with special support from fellow Australian up-and-coming act Polaris! Metalcore fans can’t afford to miss out on the chance to see this immensely popular band – get your tickets to see Parkway Drive live NOW while you can! 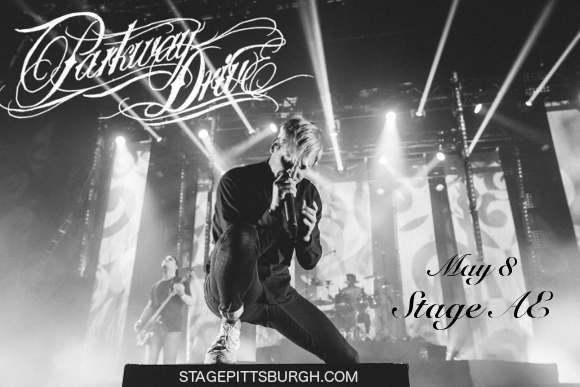 To celebrate the 10-year anniversary of their album “Horizons,” the 5-headed metal monster is embarking upon the A Decade Of Horizons tour across the United States in 2018. “Horizons,” was considered by many to be one of the very best metal albums in the year of its release, with planet-loud stating it would “set the benchmark for metal albums to come” and 10/10 ratings from Blunt Magazine.

In 2016, Parkway Drive released their most recent studio album, “Ire,” which saw the phenomenally successful charting single “Vice Grip”. The band have confirmed they have a new album in the works scheduled for 2018 – more likely than not its release will be scheduled to tie in with the upcoming tour!!
Get ready to hear all Parkway Drive’s new material live along with the songs you know and love, and to experience Polaris, one of the best new metal acts on the scene today! Get your tickets to see Parkway Drive and Polaris today, while they still last! Hurry, because Parkway Drive concerts ALWAYS sell out!