Are you ready for Australia’s hottest metalcore band?? That’s right, Parkway Drive are on tour in 2018, coming to the Stage AE on Thursday 13th September 2018 with phenomenal support from August Burns Red, The Devil Wears Prada and Polaris!! It’s going to be an epic show – don’t miss out!! Get your tickets NOW while they last! 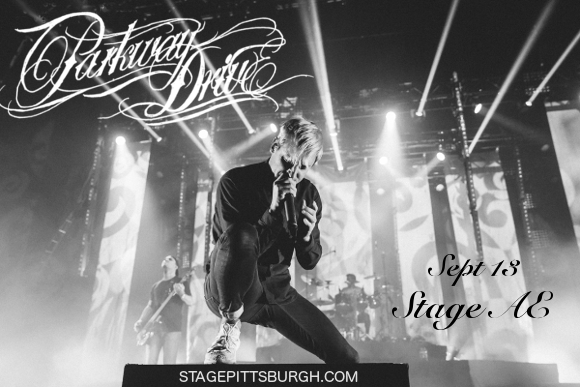 Since their first album “Killing With A Smile” in 2005, Parkway Drive have established themselves as a force on the metalcore scene. With a series of albums since, Parkway Drive are now on tour with their latest album, “Reverence”. “The name was one of the last things to come about for the album,” Winston McCall explained, regarding the album’s title. “That came to me one of the last days of pre-recording; I just had left the studio and the name popped into my head and it immediately made sense but I didn't know why. That word ended up being the last line "The Colour of Leaving.”… As soon as I wrote that, I realized what the defining aspect of this entire album was: The idea of reverence was taking stock of the time and the little things that matter which make up the whole experience of your life. It's the fragility of everything that makes the ordinary so special.”

Get ready to hear all the new songs live – get your tickets today before they go!