Swedish prog-metal legends Opeth return to the US for an almighty tour in support of their highly anticipated upcoming album, Sorceress! The experimental giants head to Stage AE on Thursday 29th September 2016 and supporting them will be special guests The Sword! 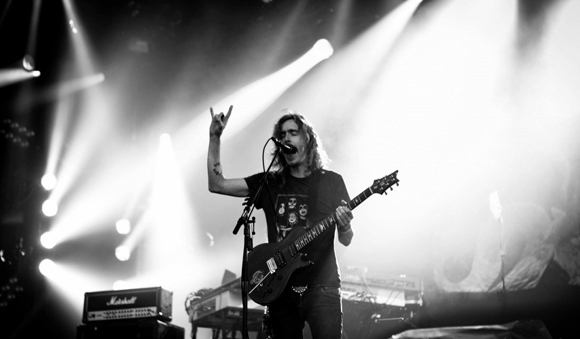 Formed in 1990, Swedish metal band Opeth has seen several changes in line-up over the years, but singer, guitarist, and songwriter Mikael Åkerfeldt has remained Opeth's sole founding member throughout. The band's debut album, Orchid, was recorded with producer Dan Swanö in April 1994. To date, Opeth has released eleven studio albums, three live DVDs, three live albums (two that are in conjunction with DVDs), and two boxsets, but it was their ninth studio album ,Watershed (2008), which brought them mainstream commercial success. The album peaked at No. 23 on the Billboard 200, and topped the Finnish albums chart in its first week of release. Opeth has sold over 1.5 million albums and DVDs worldwide, with their albums Blackwater Park, Damnation and Deliverance amassing 300,000 collective SoundScans in the United States alone.