Of Monsters and Men [CANCELLED] Tickets

The sensational band Of Monsters and Men are returning to the road for 2020 on their exciting 'Fever Dream' dates and you can grab the chance to be a part of it! If you love their music then make sure you head on down to Stage AE on Tuesday 5th May 2020 for another unforgettable night! Of Monsters and Men never fail to bring a feel good and flawless performance – don't let it pass you by, book your tickets today! 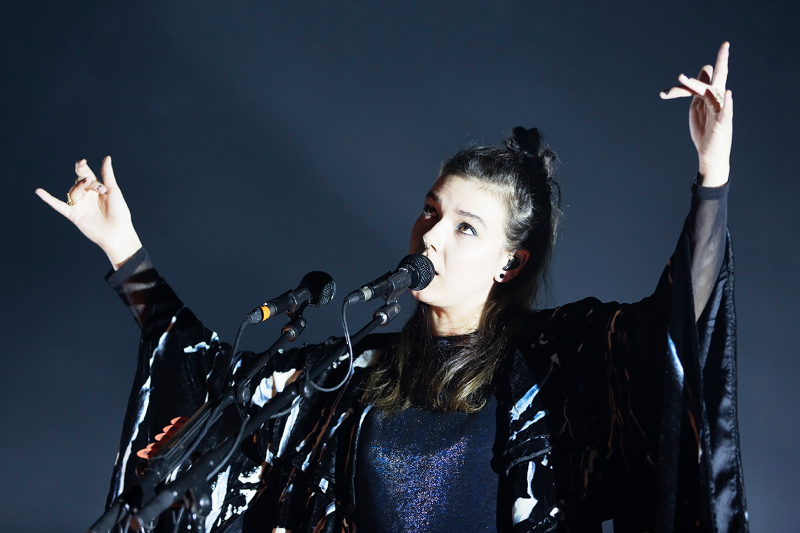 The incredible talented band Of Monsters and Men have caused a stir on the music scene ever since they first debuted back in 2010. With their unique Icelandic folk/pop sound, they have transformed the mainstream and given a fresh new light to the indie genre, as their songs often feature brass instruments and a range of dynamics, giving an upbeat yet emotional feel that music fans just cannot get enough of. This impressive on the record sound is showcased at it's best when Of Monsters and Men play live as they truly bring their songs to life and get the crowd moving non-stop throughout their performances!

Of Monsters and Men first started as an underground, local group formed by members; lead singer and guitarist Nanna Bryndís Hilmarsdóttir, singer and guitarist Ragnar "Raggi" Þórhallsson, lead guitarist Brynjar Leifsson, drummer Arnar Rósenkranz Hilmarsson and bassist Kristján Páll Kristjánsson. Together they embarked on their musical journey by entering an annual battle of the bands competition in their home country of Iceland. After winning the competition, they were able to create their very own EP release – Into the Woods. The EP was the perfect starting ground for the group and after receiving positive feedback for the record, they went on to writing and producing their first full length album that same year!

My Head Is an Animal pushed them into the spotlight as they hit the number one spot in the charts not just in Iceland, but also in Australia, Ireland and the US! As their album was a major success across the globe, the UK also caught wind of their unique sound and Of Monsters and Men reached number three on the UK charts and pushed their career to an international level as the record reached the Top 20 in most of the countries across Europe and Canada also.

This amazing triumph has led Of Monsters and Men to continue on a successful path, continuously giving unforgettable single releases including their number one hit on the US Alternative Songs with "Little Talks".

Of Monsters and Men are now firm favorites on both the charts and the live music scene and 2020 brings them back to the US for yet another groundbreaking tour titled Fever Dream! Don't miss your chance to catch them live at a venue near you this coming Spring!