Odesza are bringing their dreamy EDM to Stage AE on Thursday 3rd May 2018 as they come to Pittsburgh as part of the second leg of their A Moment Apart Tour! The pair have earned two Grammy Award nominations for their 2017 album A Moment Apart, and have been firming cementing themselves as one of EDMs hottest acts – continuing their journey towards world domination! 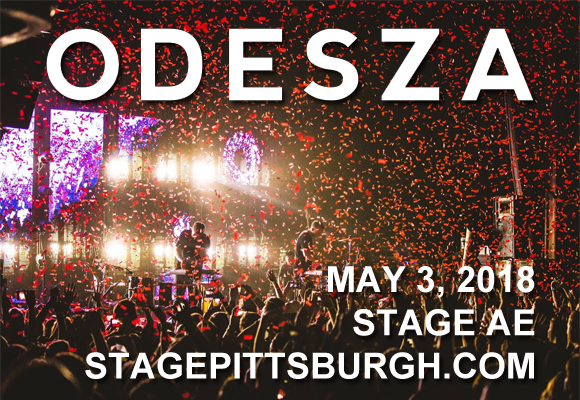 American EDM duo Odesza formed in 2012 and consists of Harrison Mills (aka Catacombkid) and Clayton Knight (aka BeachesBeaches). The duo's debut album, Summer's Gone, was released in 2012 to acclaim within the underground EDM community, leading the pair to soon have over 1 million hits on Soundcloud. Their follow-up EP, My Friends Never Die, was released the following year, and the duo released their second studio album, In Return, in 2014. Their single "Say My Name" (RAC mix) was nominated for Best Remixed Recording, Non-Classical at the 58th Annual Grammy Awards in 2016.