You will feel like you are In the Clouds this Friday, June 9, as you immerse yourself in the concert of the one and only O.A.R. in Stage A.E. Yes! Your favorite rock band from the 2000s is back on the road for a concert tour that will feature their classic hits and new tunes from their latest album "Arcade." If the idea of the "Lay Down" hitmakers performing live in front of you makes you want to scream in excitement, then you should grab your tickets for their headlining show in Pittsburgh's famous venue. Catch the Marc Roberge-led band to perform both fan-favorite tunes and new materials just for you. Show your love and support to O.A.R. this summer. Click the "Get Tickets" link to reserve your tickets as early as today. 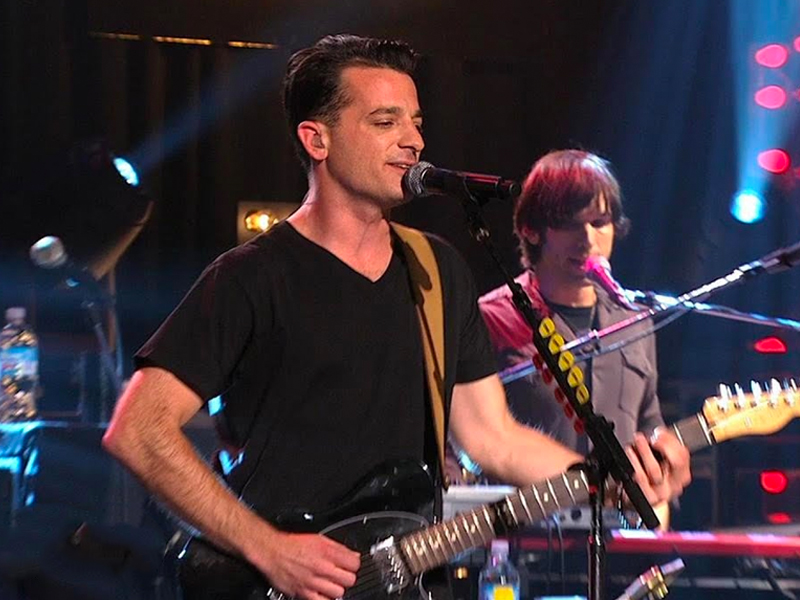 O.A.R. (Of A Revolution) is an American rock band from Rockville, Maryland, who is notable for their hit songs "Love and Memories," "Heard the World," and "Lay Down." Guitarist and vocalist Marc Roberge is the band's leader alongside drummer Chris Culos, guitarist Richard On, bassist Benj Gershman, and guitarist Jerry DePizzo. Although the band's origins date back to the late '90s when they were still high schoolers, they didn't find mainstream recognition until the mid-'00s. It wasn't until their fifth studio album, 2005's "Stories of a Stranger," that they truly broke through to the mainstream of rock music. They were already one of the most popular live acts of the 2000s, but this album showed the world that they were also a roots-and-reggae band that transcended the jam band tropes of their contemporaries.

Over the years, O.A.R. has put out nine studio albums, two live albums, and a handful of E.P.s. Featuring elements of rock, reggae, folk, and pop, the band's songs typically center on universal themes such as romantic love, navigating the challenges of adulthood, and the importance of family and friends. Their latest 2022 album, "Arcade," is a 10-track record racking millions of streams on online-streaming sites like Spotify. The singles "Inside Out," "In The Clouds," and "Alive" show the rock-reggae sound of O.A.R. that fans love about the band.

This 2023, the band is collaborating with the legendary band Goo Goo Dolls for their "The Big Night Out Tour." The two bands will perform in major venues all over the country. However, O.A.R. will also embark on a few solo shows. One of these headlining shows will be on June 9 at Pittsburg's Stage A.E. Catch the Marc Roberge-led band to perform their classic hits and new songs from their newly-released album "Arcade." Tickets are now available, and you can get yours by hitting the "Get Tickets" link.