Platinum-selling Michegan rapper NF comes to Stage AE on Thursday 12th September 2019 in support of his brand new studio album, The Search! The album follows 2017's Perception, which took the hip hop world by storm and turned NF from a lesser-known Christian rapper to a superstar! The chart-topping performer will be performing tracks from the album, including The Search's eponymous lead single! 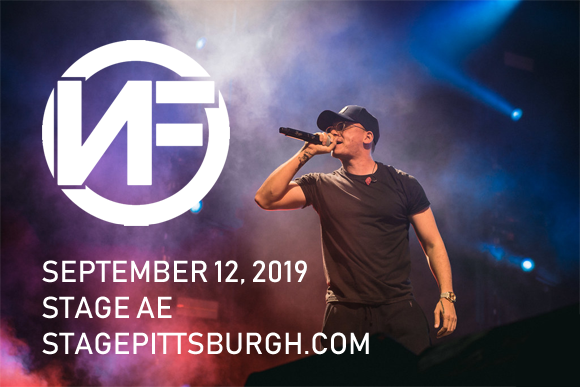 American rapper, singer and songwriter NF's career began in 2010 with his self-released debut album Moments, which was released under his full name – Nathan Feuerstein. He signed to Capitol CMG in 2014, releasing his following two albums (2015's Mansion and 2016's Therapy Session) through them. Despite both charting on the Billboard 200 and reaching number one on the US Top Christian Albums chart, with Therapy Session also reaching number one on the US Top Rap Albums chart, it was NF's third studio album, Perception (2017), that served as his breakthrough record. The album debuted at number one on the Billboard 200 and has been certified Platinum by the RIAA. NF's fourth major-label studio album, The Search, is slated for release in July 2019.