Things are about to kick off at Stage AE, as the pressure builds and the excitement brews for a show that fans can't wait for…. New Found Glory on Friday 25th May 2018! This incredible show from the Pop Punk kings themselves, will leave you speechless, so don't delay – book now! Click the Buy Tickets button to get yours today. They won't hang around for long! 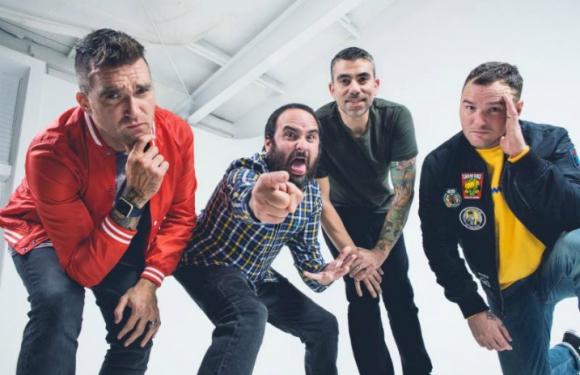 The American punk rockers, New Found Glory are one of those bands that never get old with their incredible anthems they have been rocking stages all across North America and the world since their beginning all the way back from 1997 to today. With their unforgettable tunes that labelled them as the "godfathers of pop punk" they were up there throughout the early 2000's along with their fellow all timers, Blink 182!

In the era of the 2000's pop punk, fans all around the globe couldn't get enough of what New Found Glory were about and to this day have stuck along for the journey… with their members; Jordan Pundik (lead vocals), Ian Grushka (bass guitar), Chad Gilbert (lead guitar, backing vocals), and Cyrus Bolooki (drums). Longtime rhythm guitarist and lyricist Steve Klein departed from the band in late 2013, stating it was from "personal differences." With a long standing career, NFG have released a whopping total of 9 studio albums and that's not including extra live records and added EP's.

With all of this and more under their belts, they never fail to bring an out of this world show to every stage and as New Found Glory take to North America this coming Spring, his your chance to witness it for yourself!